The Hood to Coast (HTC) Relay is one of America’s greatest road races. Often called “the mother of all relays” for a key reason: it's one of the longest and largest relays in the world.

​We start and finish as a team

The Hood to Coast (HTC) Relay is one of America’s greatest road races. Often called “the mother of all relays” for a reason, it is one of the longest and largest relays in the world. The route takes runners along an incredible course that winds its way through a 199 mile stretch of Pacific Northwest wonders starting from Mt. Hood and ending at the Oregon Coast. 12,000 runners all have the same goal: to finish as a team. At On, this also happens to be one of our company’s four core values. Hood to Coast provides the ultimate challenge for putting this value to the test. 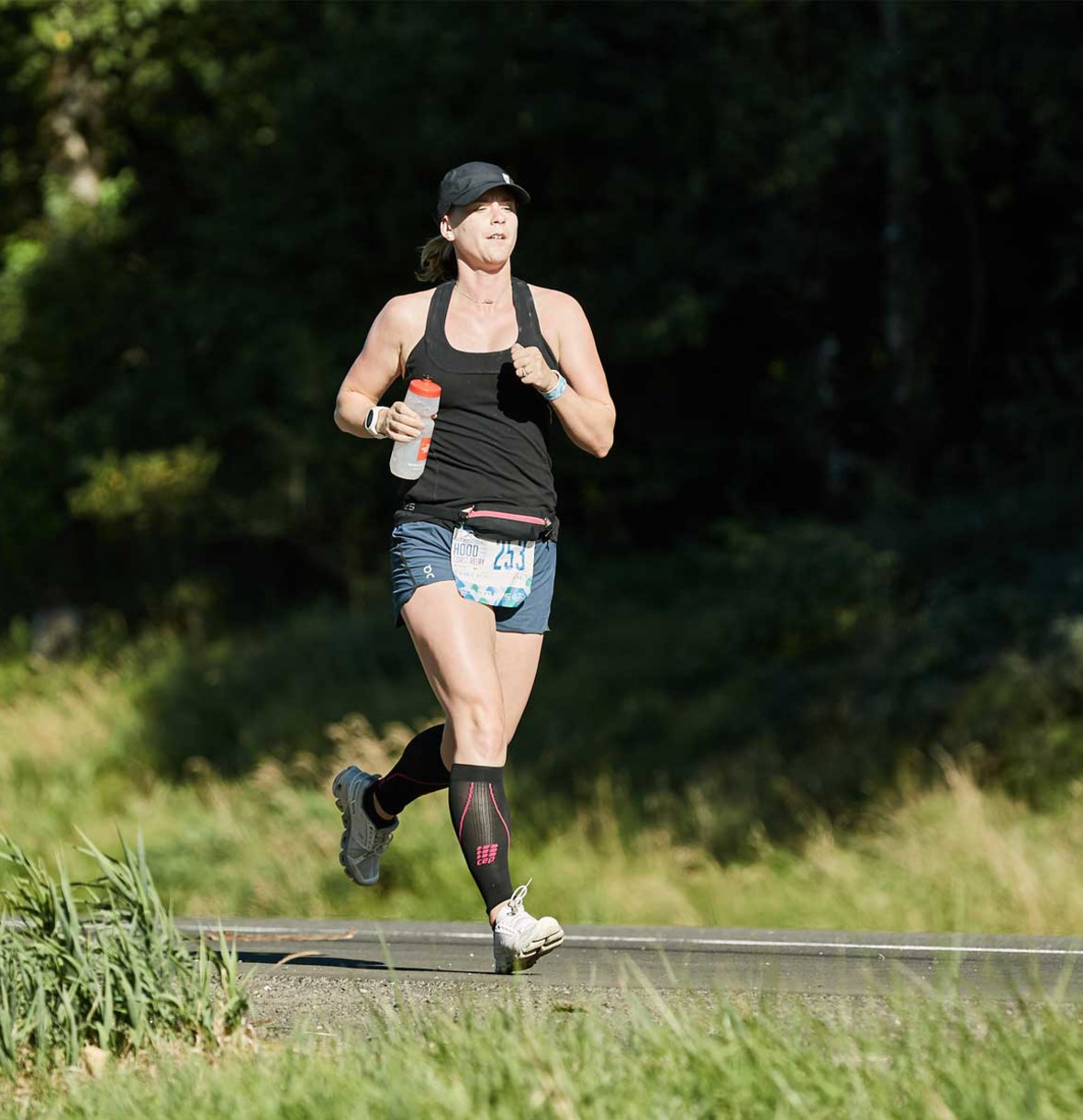 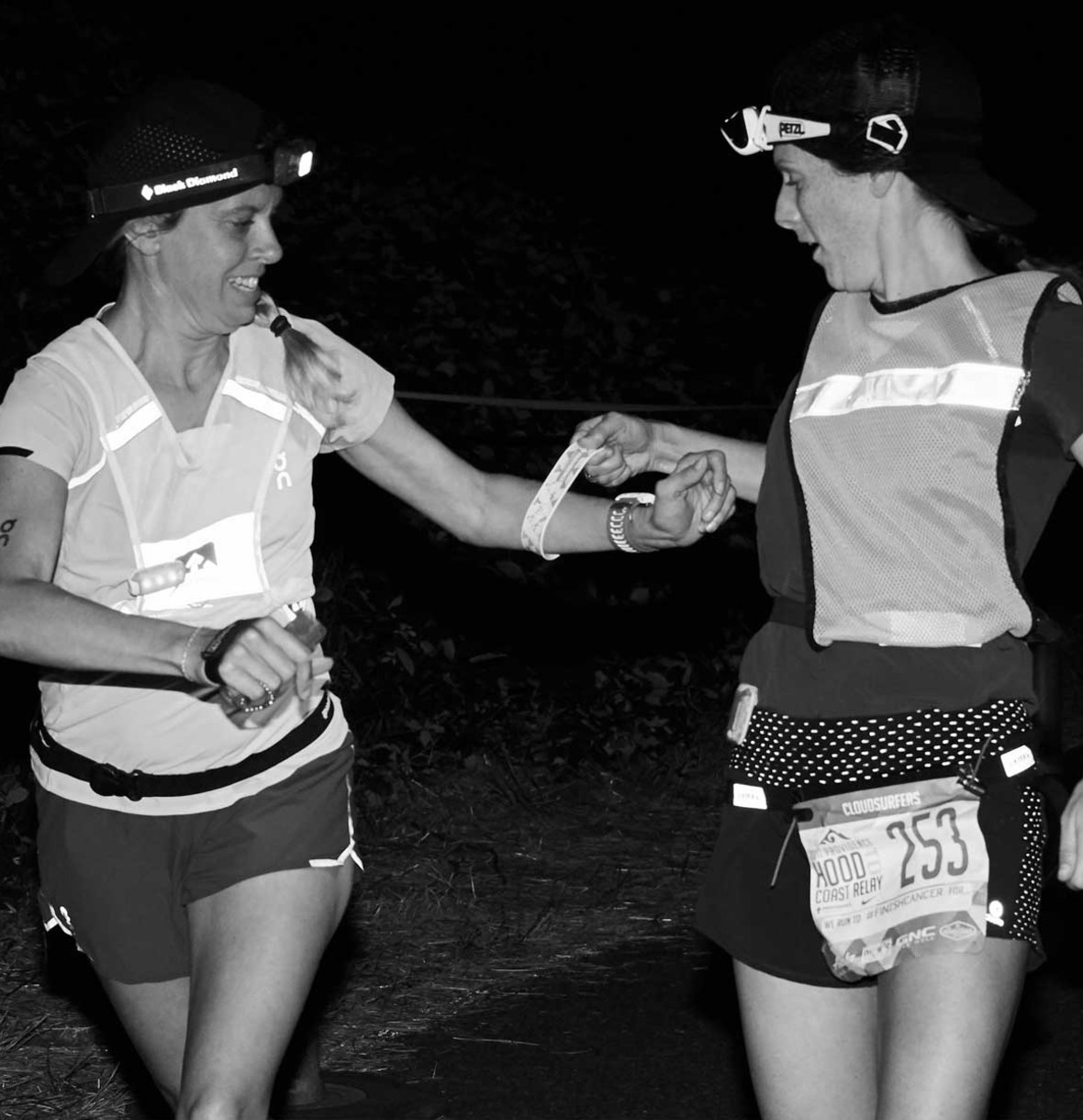 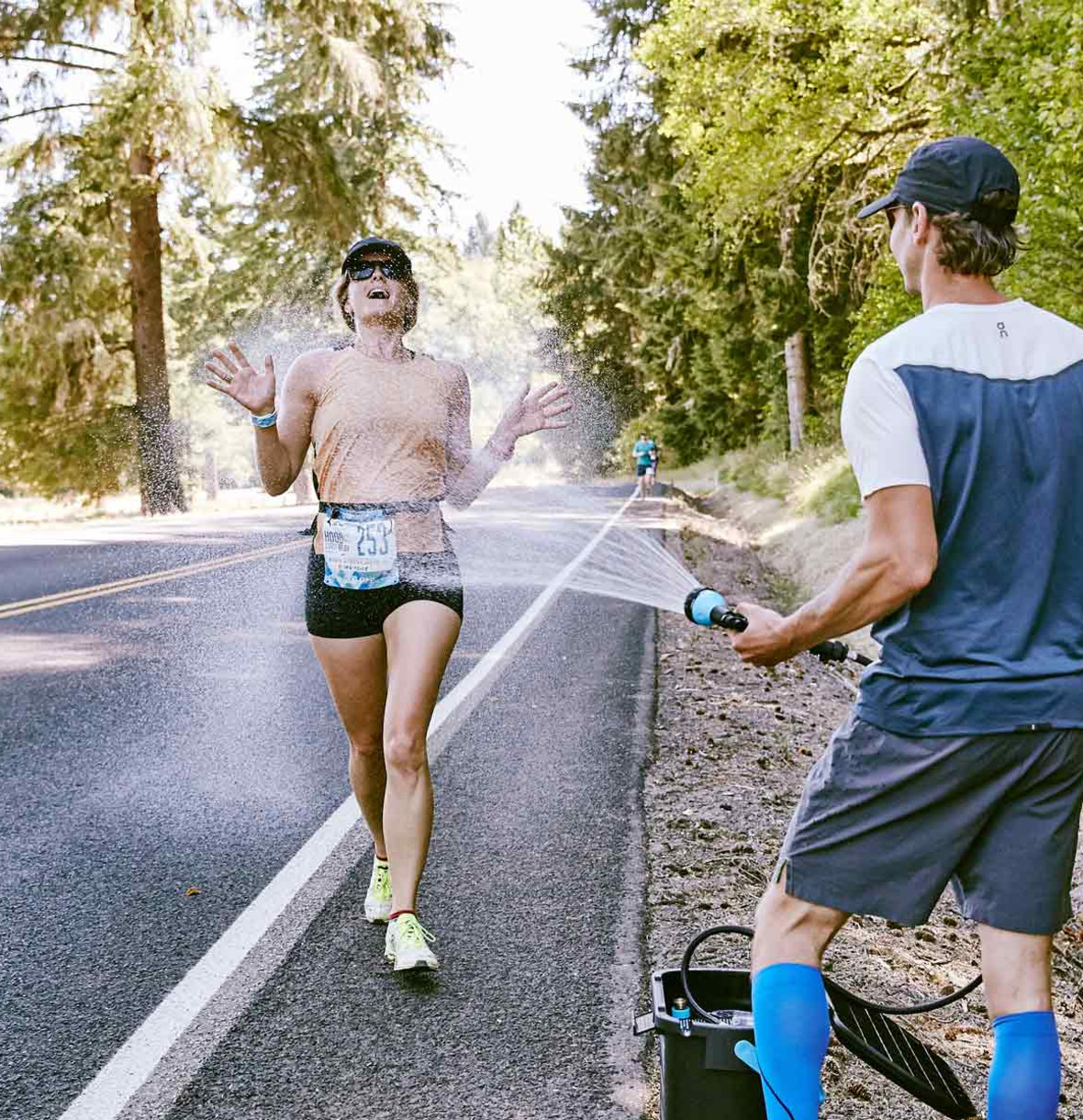 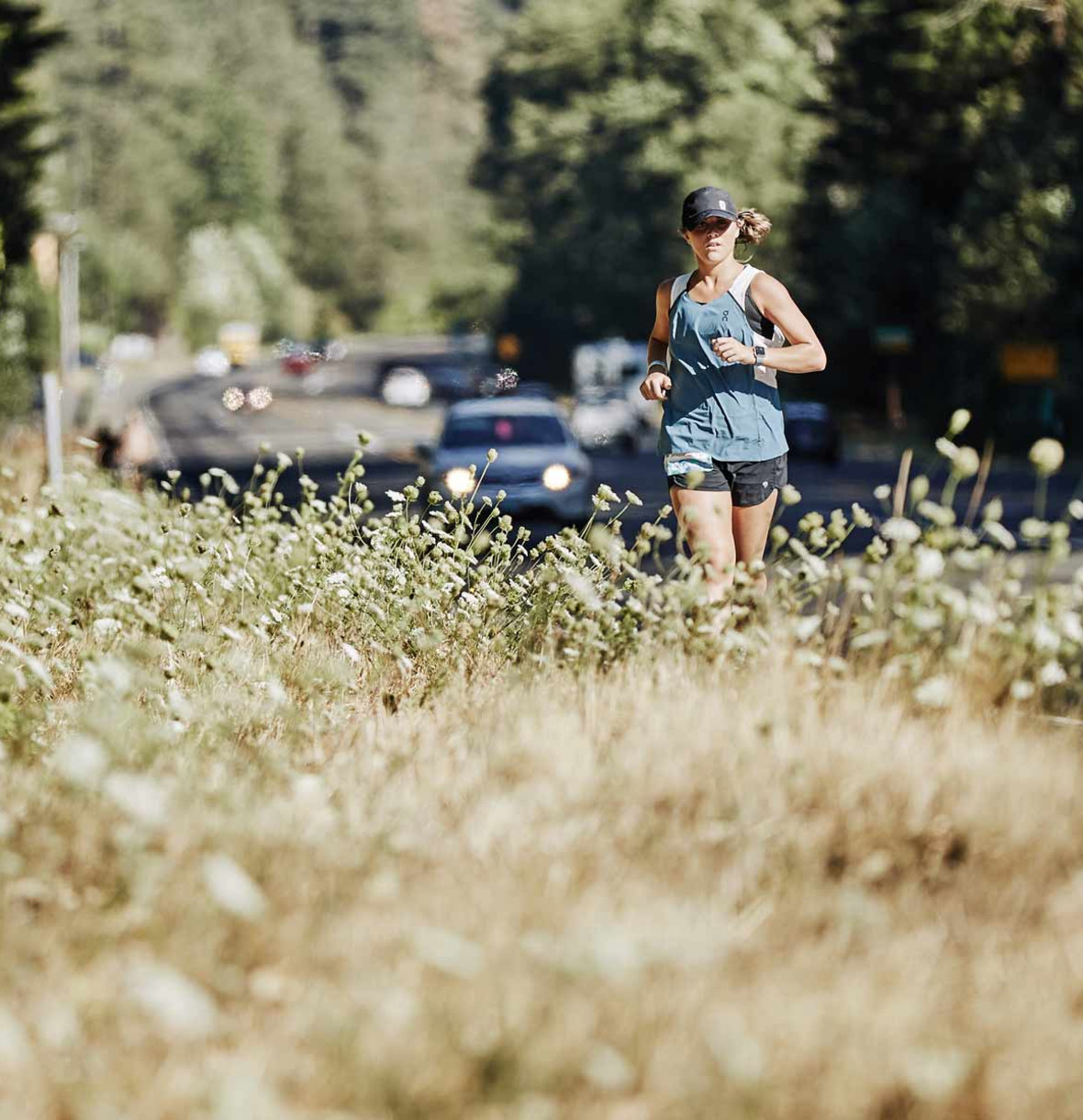 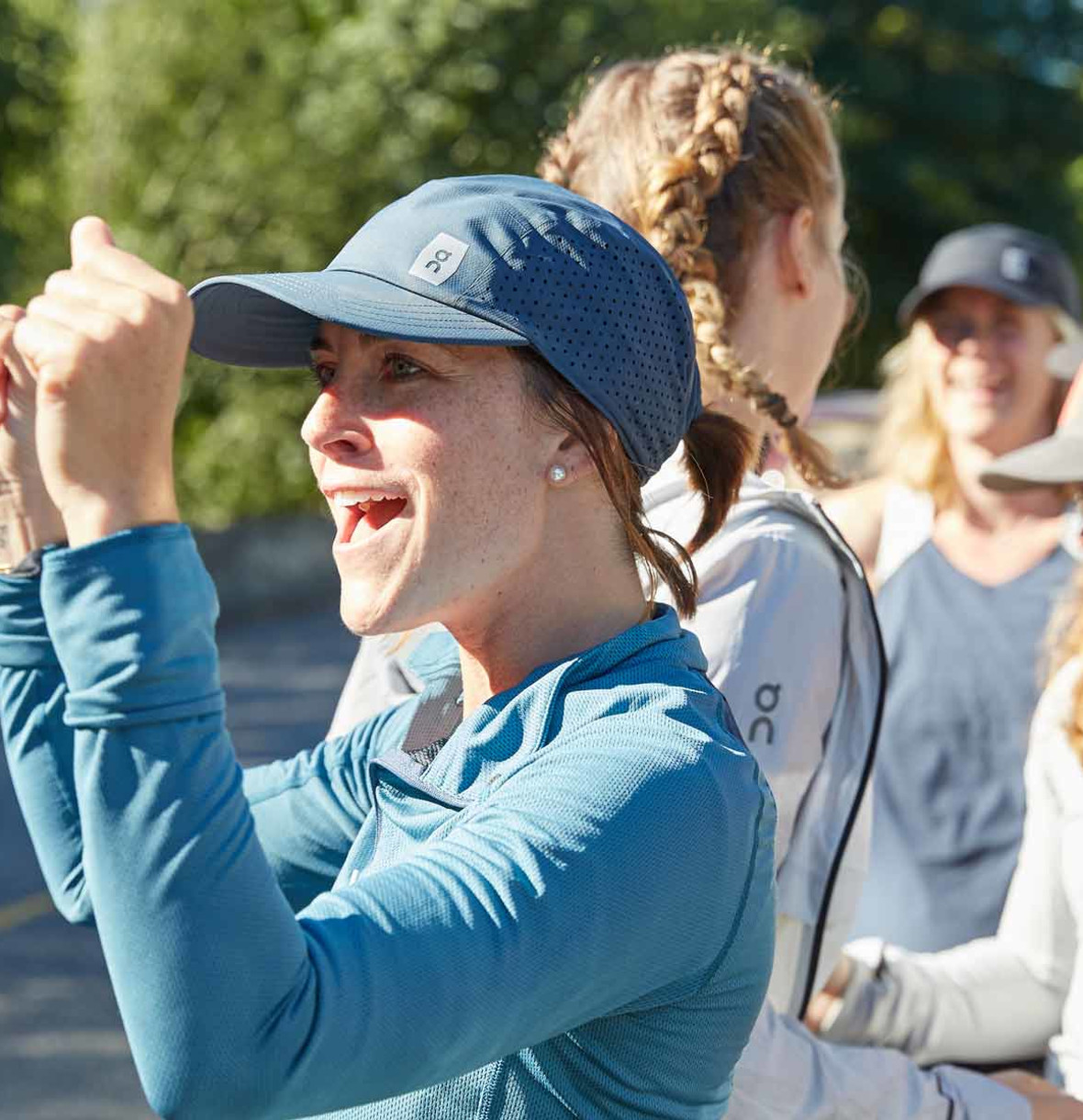 2017 was was On’s second HTC experience. Our team, appropriately named “Team Cloudsurfers”  was made up of 12 On runners split into two vans with each team member having to run 3 legs to cover the total distance. As I sat to reflect on the monstrously beautiful and emotionally challenging experience, I rounded up the top three takeaways from this year’s HTC relay.

Topping the list of learnings is that no matter how hard you physically train, there are many obstacles along the way that you cannot physically prepare for. Extreme lack of sleep, standing in countless portapotty lines, trying to sleep in a cramped van with 6 of your co-workers, running 7+ miles uphill in the middle of total darkness are just a few. And if you’re not running in the right direction at that time, how would you even know? The list of challenges above and beyond the physical training plan are more far reaching that you might expect. However, the spirit and energy around this race is to embrace it all and overcome these challenges as one.

My second realization from H2C is that I have more of an addictive personality than I thought. Even in the middle of the pain and exhaustion, I’m already thinking about next year.  Who knows the exact number of endorphins circulating, but essentially you are living and breathing in a state of constant euphoria. Everyone is in a great mood. The team is happy and you’re suddenly connected to 12,000 fellow runners where you feel a sense of belonging. Bonding with random strangers on the course enables you to go farther and faster than what you ever could have imagined!

My final takeaway from Hood-to-Coast can be summed up in just one word: Team. This journey as an individual would be nearly impossible. Around hour 20 or so as I was approaching leg 3 every part of my body was aching and sore. My only ounce of energy was stemming from pure adrenaline and a nuun hydration tab. The idea of walking and not running seemed like a realistic option and my inner battle was questioning: to stop or to continue? As I was on my last couple of miles, I looked up and saw my whole team cheering me on while blasting music on the side of the road. Hearing them scream my name while I was struggling to get up yet another hill was what pushed me through each final second. That’s the moment when I concluded that I had already stopped running the race for myself and started running for the team.

Exhausted and sore, but smiling as big as when we started, we ended up beating our expected time by 30 minutes. We feel lucky most days about coming to work and being surrounded by peers that inspire and motivate us, but the day you successfully finish spending 26 hours in a van with your co-workers you know you’ve found your place.

"At On I am proud that we don’t just claim to start and finish as a team. We actually do it."