We’re honored to announce our ongoing sponsorship and support for the Athlete Refugee Team (ART) ahead of them competing in London, and present their athlete kit for 2017 and beyond.

At On, we have always created the items we feel are missing for runners, especially when it comes to apparel. That’s why, when it came to creating a kit for these refugee athletes, many of which have never had their own dedicated sporting outfit, we set out to push ourselves further again.

As proud sponsor of the team, On has used its cutting edge technologies and fabrics to produce a race kit worthy of such an inspiring team of athletes — athletes whose stories we will hear more about in the coming weeks as they compete on the world stage.

We set out to take all our learnings from athlete feedback and our apparel collection and looked to create items that would not only stand out amongst other kits in 2017, but well after this year’s events.

No cost was spared in bringing this vision to life, and On was proud to partner with like-minded, pioneer organizations – such as Q36.5 and their founder Luigi Bergamo and production leaders KTC - to bring it to reality.

What’s unique about this project is that we are creating something for the purest athletes there are. These refugees have found hope through sport, and it is an honor to be part of it all.” Luigi Bergamo

The pieces of the kit themselves may look at first glance like many other athlete’s attire, however, the advanced details make it all something completely new.

Proprietary technologies from On, Q36.5 and other partners paved the way for ergogenic innovation of the apparel. One example specific to the Team, for instance, is the next-level moisture control the clothing sports, able to withstand the higher-than-average Kenyan temperatures where the athletes train. This was achieved thanks to breakthroughs with high-density, thermo-dynamic interweaving of ultra-thin yarns that transfer moisture faster than before from athletes’ bodies.

These kinds of new materials were combined with those already found in the On collection – Japanese 4-way stretch Nylon, Italian adaptive waistbands, fabrics and features designed and created in places the world over and in a way, symbolic of the Team itself.

As performance is at the heart of these athletes’ ambitions, lightning bolt/animal-inspired patterning was used combined with a Malibu blue to have the athletes stand out at top speed. 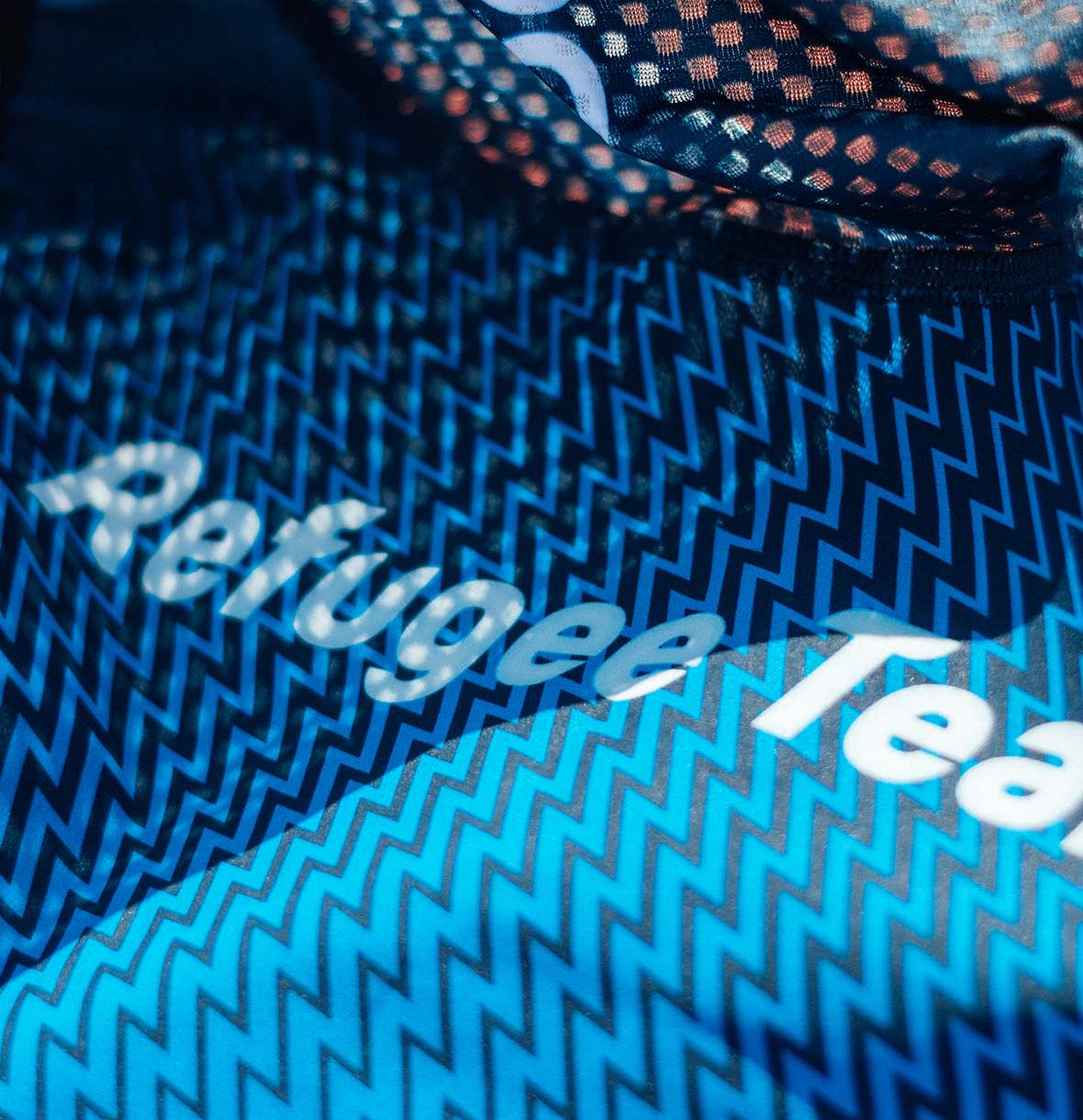 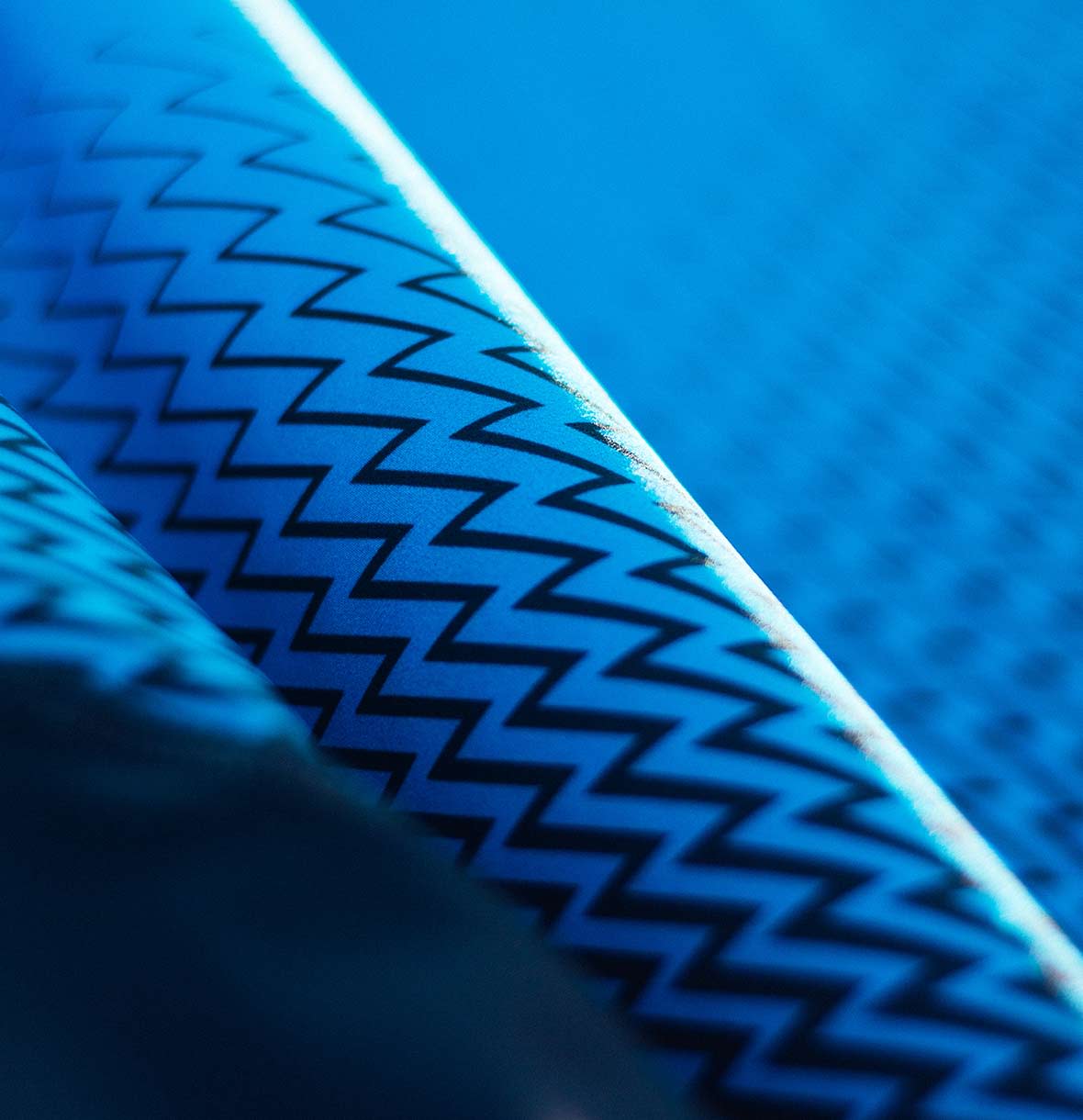 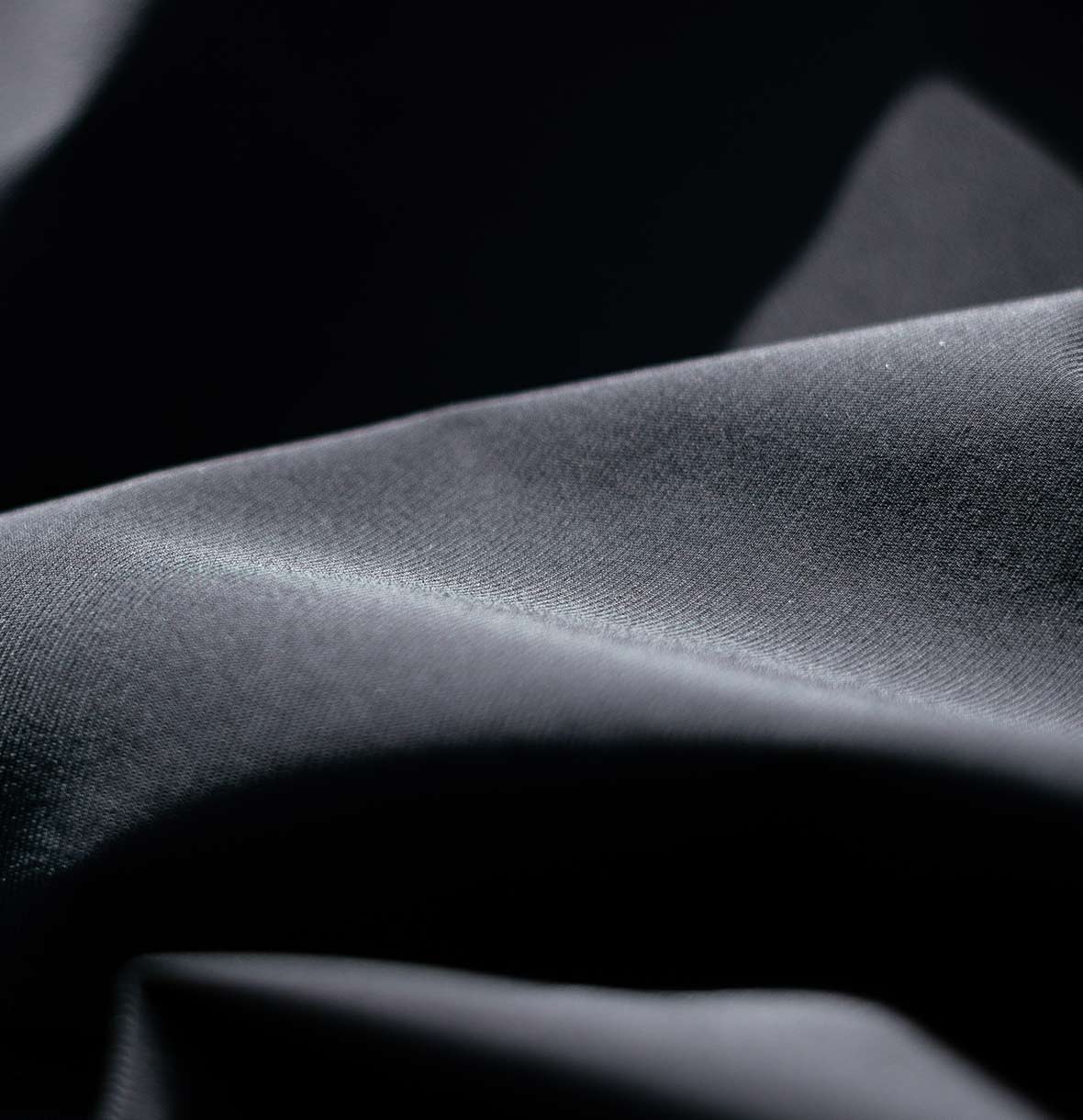 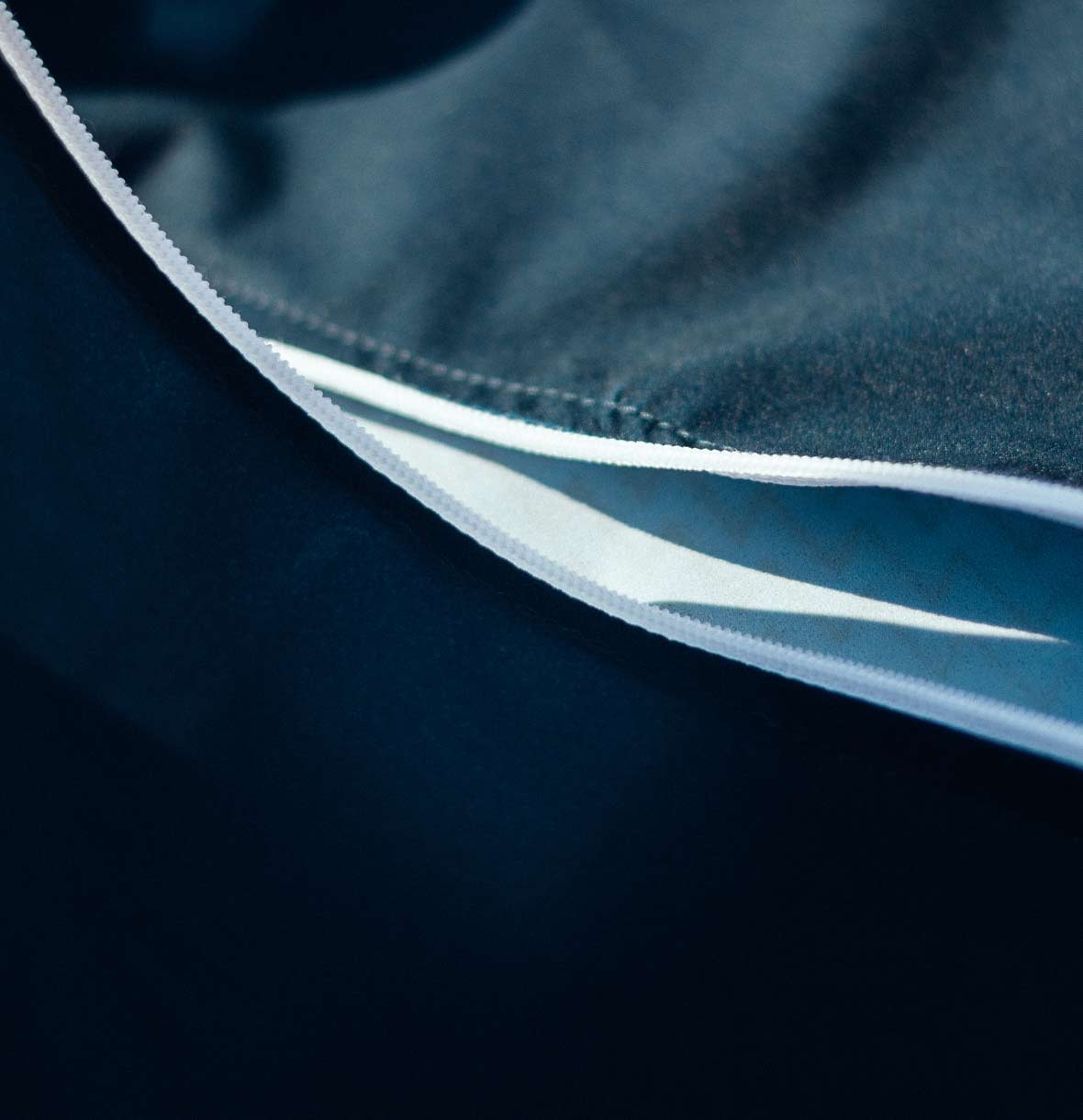 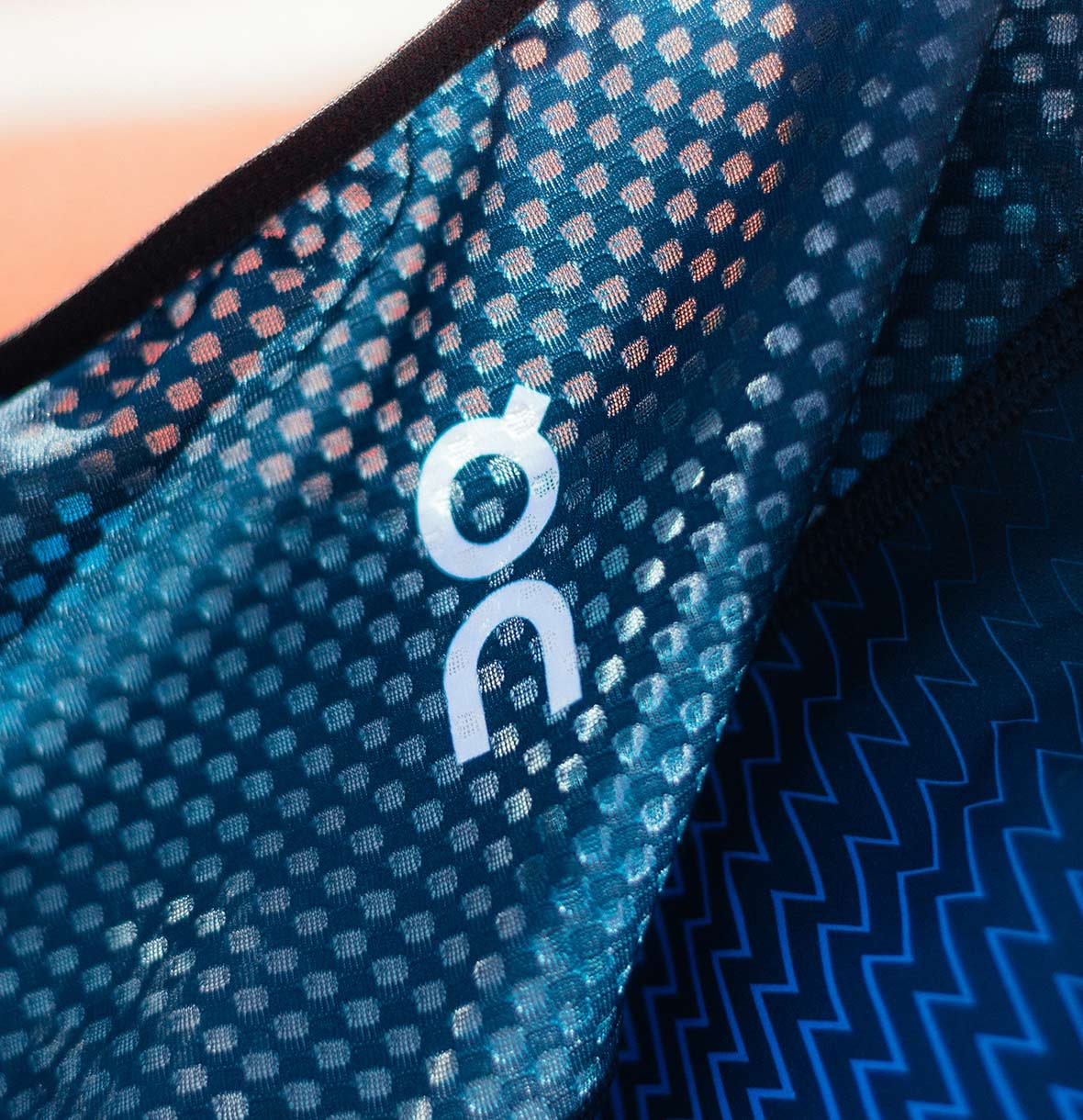 We are all one

With the athletes revealing the full outfit as they step onto the world stage and games in London, we’re proud to bring more of their story to life. Aside from the innovation that lies at the heart of the products, there is also a very human touch stitched into every piece: the words “We are all one” – part of a quote that comes from one of the refugee athletes On works with at the Kenya-based Tegla Loroupe Peace Foundation, the home of many refugee athletes that have no other.

Whether African, refugees or whatever, we are all one. It’s not about representing any country; this is for refugees all over the world. In sport, we are all one people: athletes.” - Gai Nyang

Though only a small number of those athletes will be boarding the London-bound flight, what they represent is something much bigger: a reminder to all people there that yes ‘We are all one’. And that is something On is very honoured to be a part of.