Perfect for curling up with as you recover from a run or keeping the runner spirit alive during downtime, these are our favorite runner reads.

1. Running With the Kenyans: Discovering the Secrets of the Fastest People on Earth by Adharanand Finn

The town of Iten on the edge of Kenya’s Rift Valley is home to many of the world’s best distance runners. Journalist Adharanand Finn moved his young family there to find out why so many elite athletes hail from this remote corner of the world. The result is an illuminating and heart-warming account of the incredible culture that has given rise to so many running greats.

If you enjoy this one, we recommend you follow it with The Way of the Runner, Finn’s investigation into Japanese running culture that digs deep into the fabled world of ekiden relay racing. 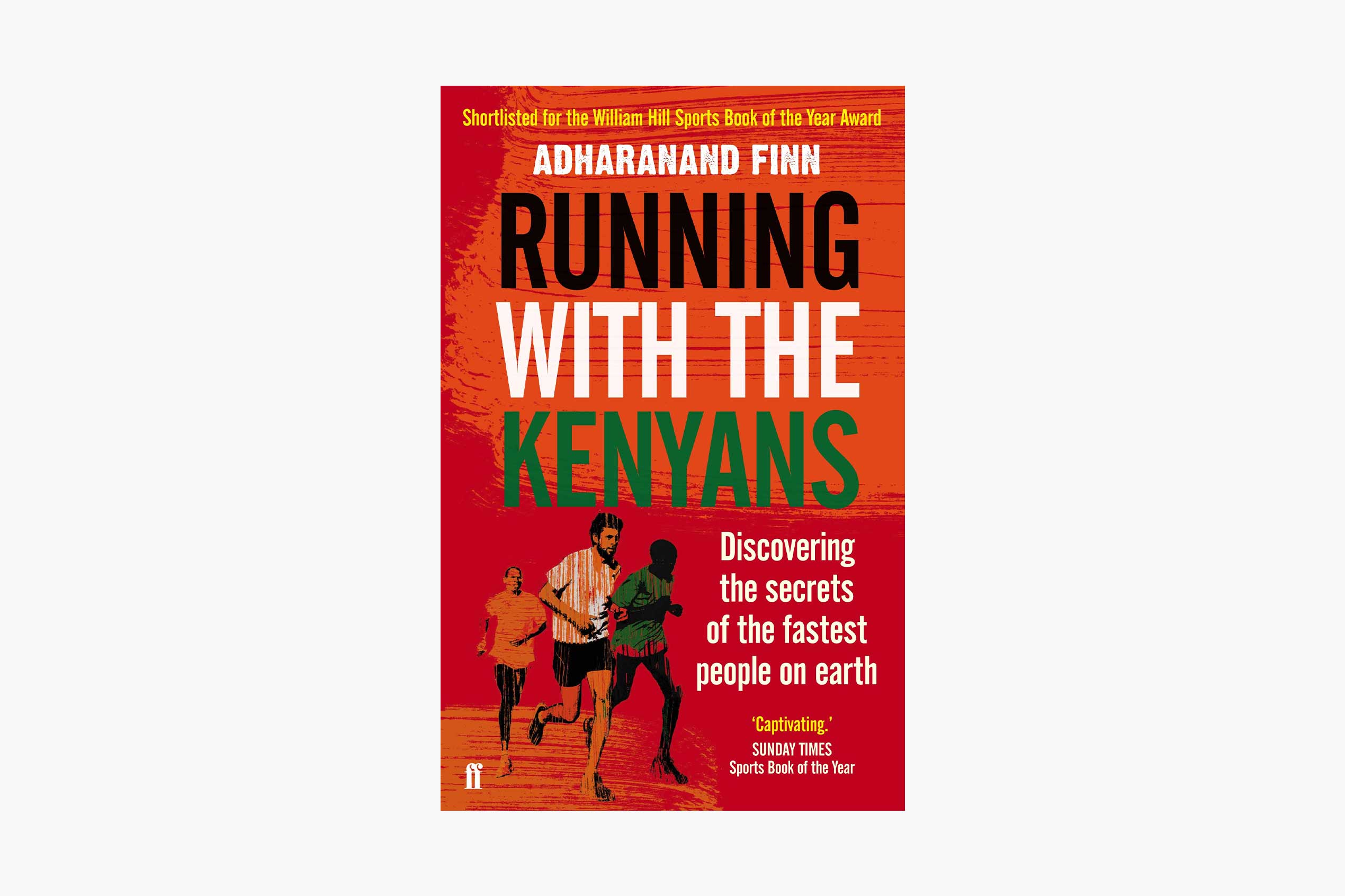 Perhaps surprisingly, there are not so many options out there for running-inspired fiction. Search around, and all roads invariably lead to Once a Runner. It’s a New York Times Bestseller and was described by Runner’s World as “The best novel ever written about running.”

Ironically for a book about top-level collegiate milers, the book starts somewhat slowly, but it soon finds its pace. John L. Parker, Jr. was a competitive runner himself, and you can tell. His prose reflects the physical and emotional experiences that come with pushing yourself to your limit. This book made us want to go out and run lung-bursting track intervals, which is probably the greatest compliment we can give it.

Tristin Van Ord, Marathoner for Team On ZAP Endurance, names Once a Runner as her favorite running book:

"There's so much content that long distance runners can relate to. It's also a great read for non-runners as well, but it's rare that you'll find an excellent fiction novel about our sport." 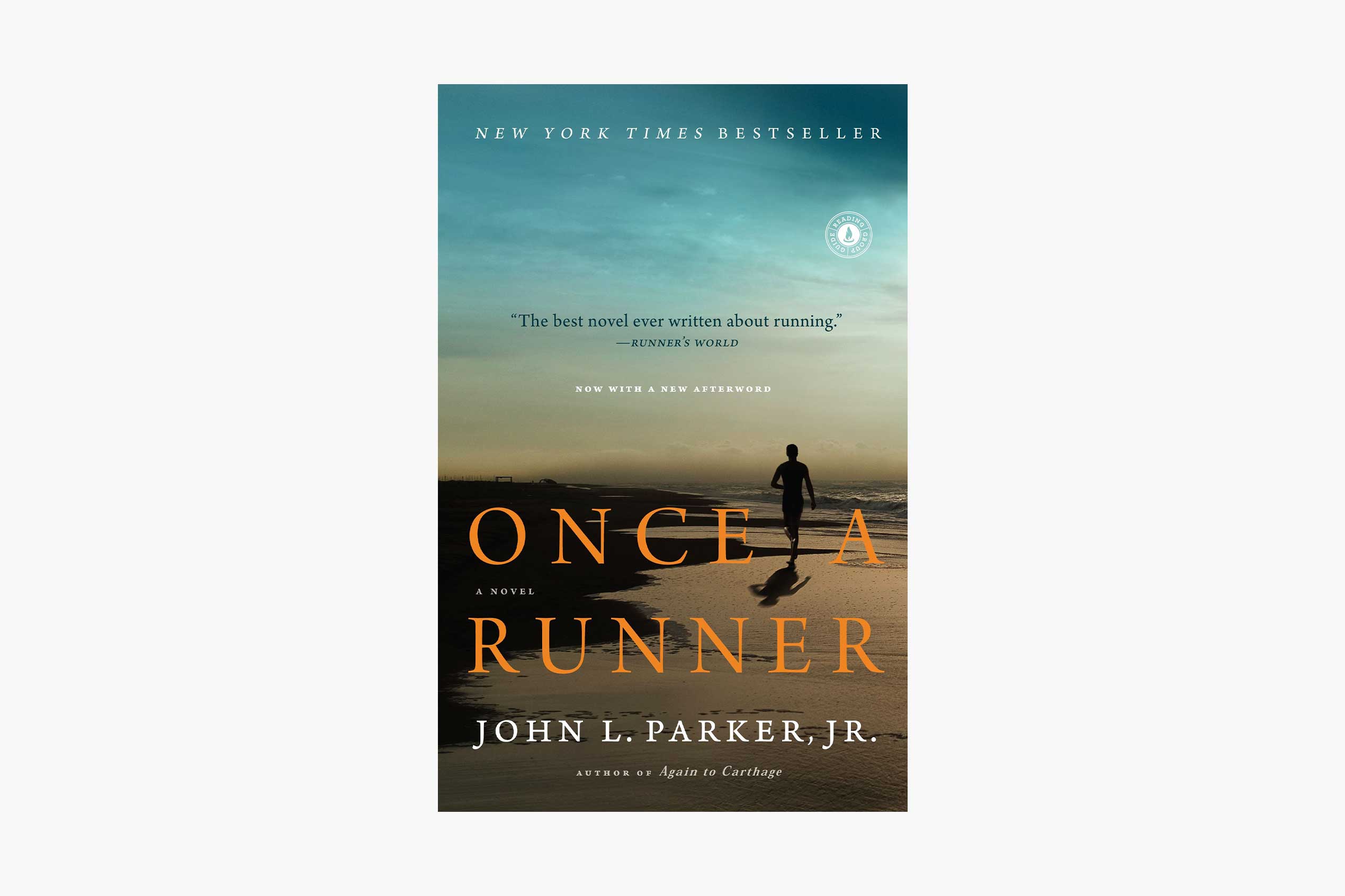 The world-renowned author brings his gently flowing style to an autobiographical account of his journey from beginner to ultrarunner and triathlete, offering a unique insight into the link between creativity and running in the process. Also the favorite book of 2018 Ironman World Championships runner-up Bart Aernouts. 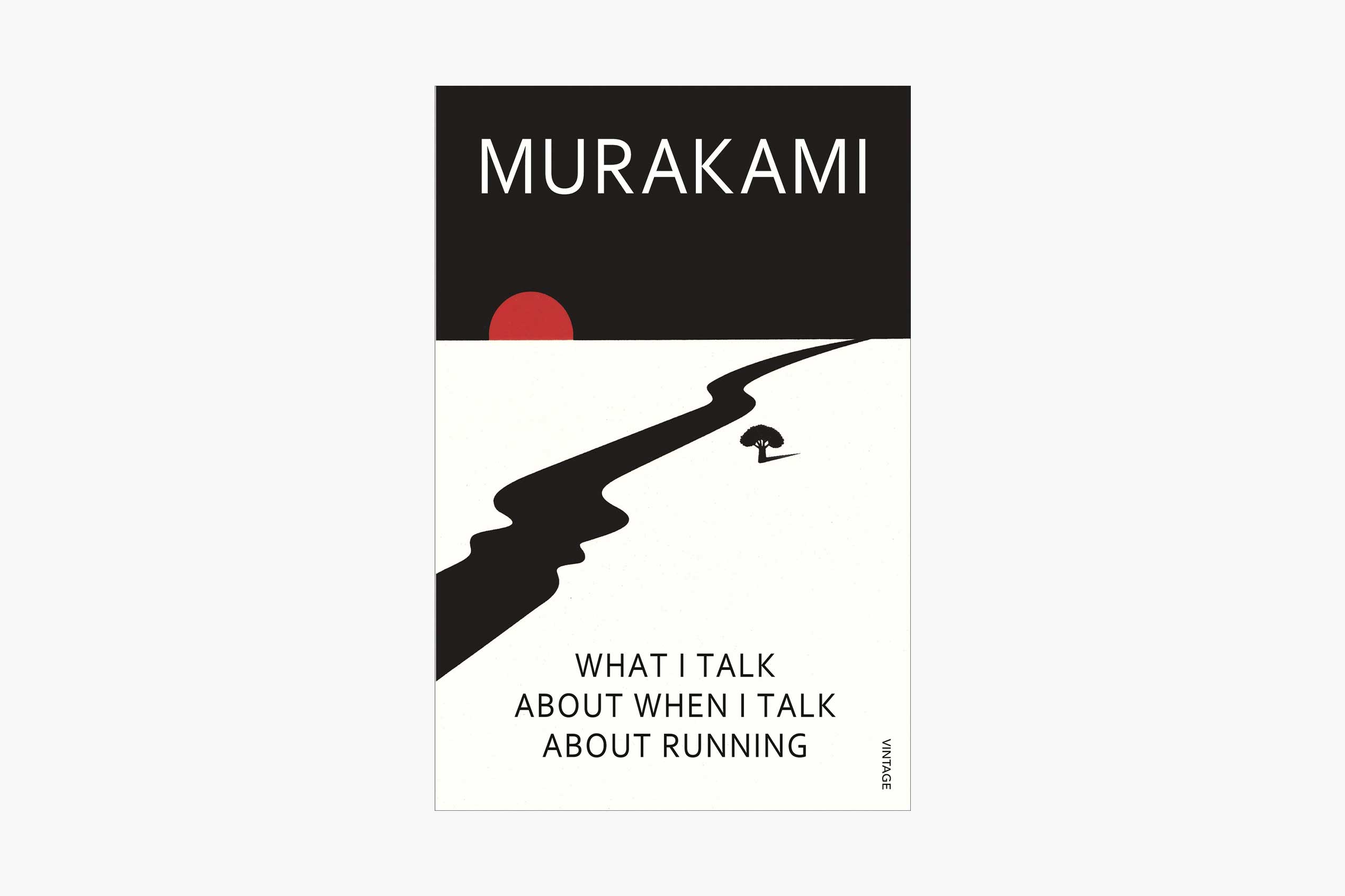 4. Feet in the Clouds: A Tale of Fell-Running and Obsession by Richard Askwith

It was the title that drew us to this one for obvious reasons, but the book didn’t disappoint. A fascinating and authentic insight in the wild and wonderful world of Britain’s fell-running community, building to the author’s attempt at completing the famous 106 km ‘Bob Graham Round’. If you love trail running, you’ll love this. 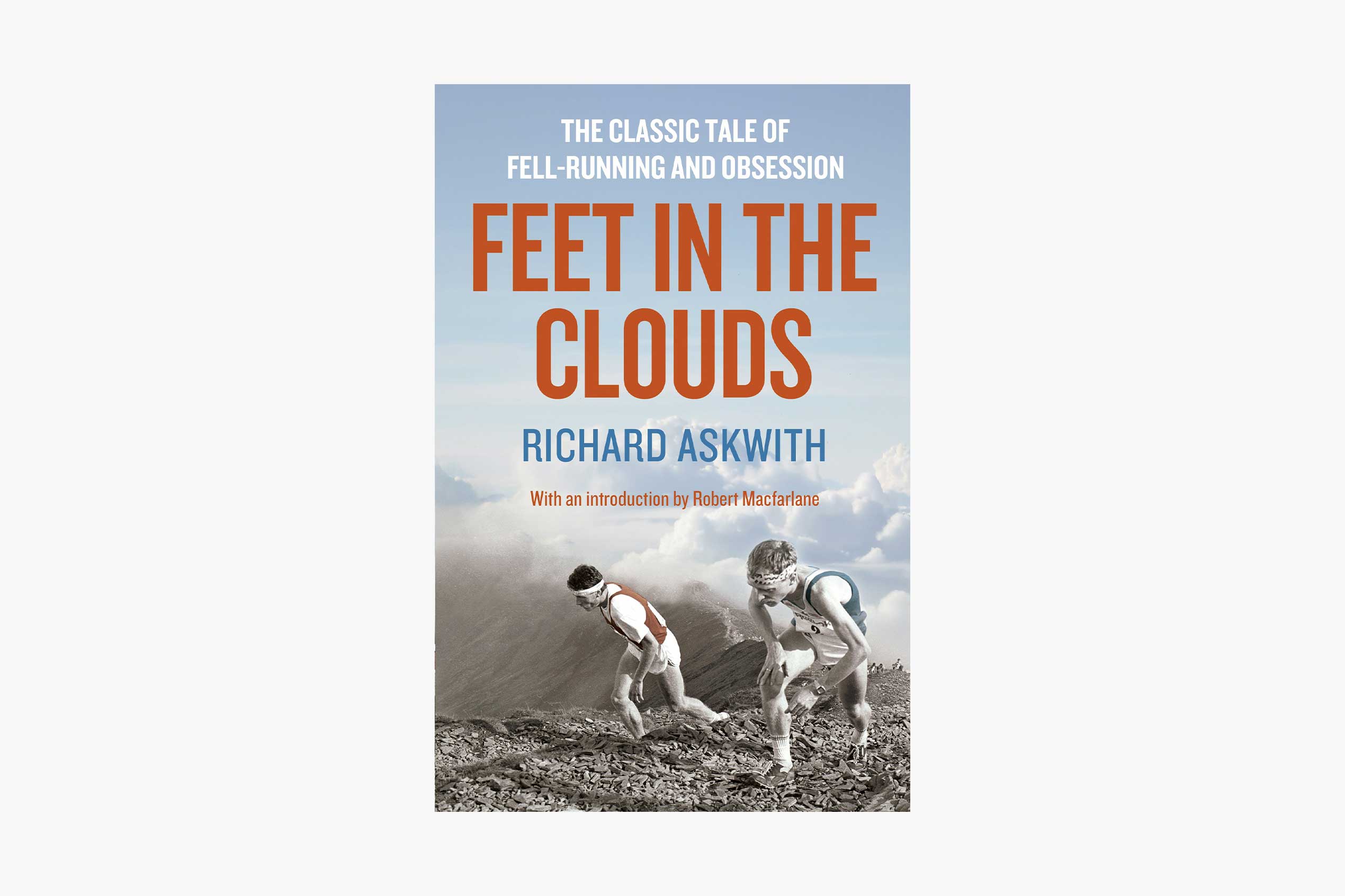 5. The Perfect Mile: Three Athletes, One Goal, and Less Than Four Minutes to Achieve It by Neal Bascomb

It’s well known that Roger Bannister was the first to run a mile under four minutes. Less well known are his rivals who were also striving to take that accolade – and how close they came. That’s the fickle nature of history for you. Thanks to Neal Bascomb, however, the full cast of characters who played their part in Bannister’s incredible achievement, and the remarkable story of their training and rivalry, are documented in this captivating read.

“I read The Perfect Mile when I lived in London in 2009,” recalls Team On ultrarunner Florian Neuschwander. "It’s about three fast men and a real battle. It inspired me to push a lot in my training. Even if I’m not the fastest middle-distance runner, I did my best times during that year in London. I ran 1:56 in the 800m and then a few weeks later I ran my personal best time for 10,000m on the track with 29:51 minutes. This is still my PB.” 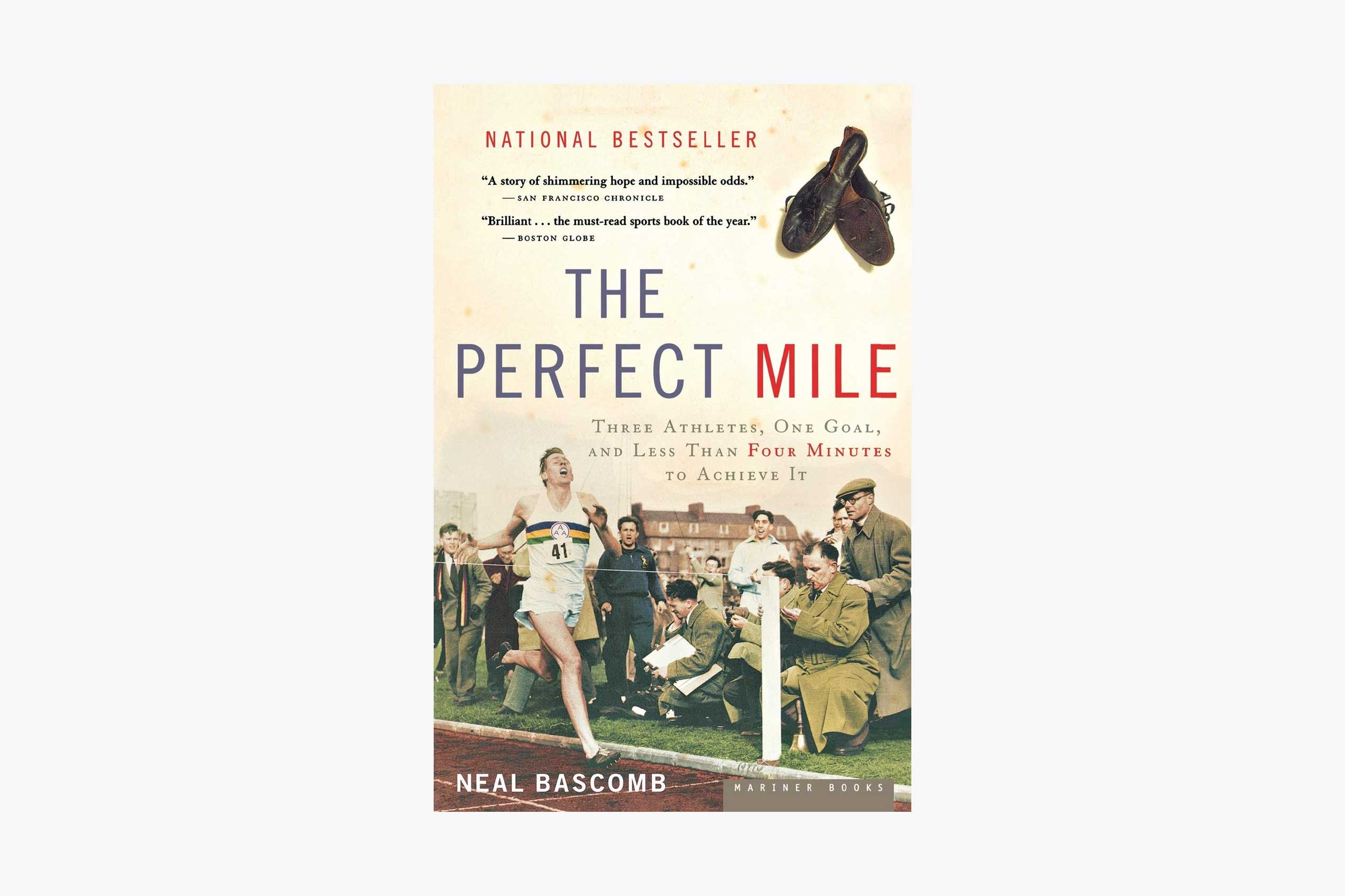 6. Born to Run: A Hidden Tribe, Superathletes, and the Greatest Race the World Has Never Seen by Christopher McDougall

Pursuing the secrets of an almost mythical tribe of naturally gifted ultrarunners deep in the hidden valleys of Mexico? Yeah, you got us. But it’s not the talents of the elusive Tarahumara that have made this a modern classic for runners and non-runners alike. It’s a light-hearted journey through the wonder of running and the human spirit, told through the eyes of a colorful cast of athletes. According to On trail athlete Kirra Balmanno, it’s a must read for anyone with long-distance aspirations:

“It’s the ultimate book on ultrarunning. An oldie but a goodie! If you have ever even had a thought about giving an ultra marathon a go, read this!” 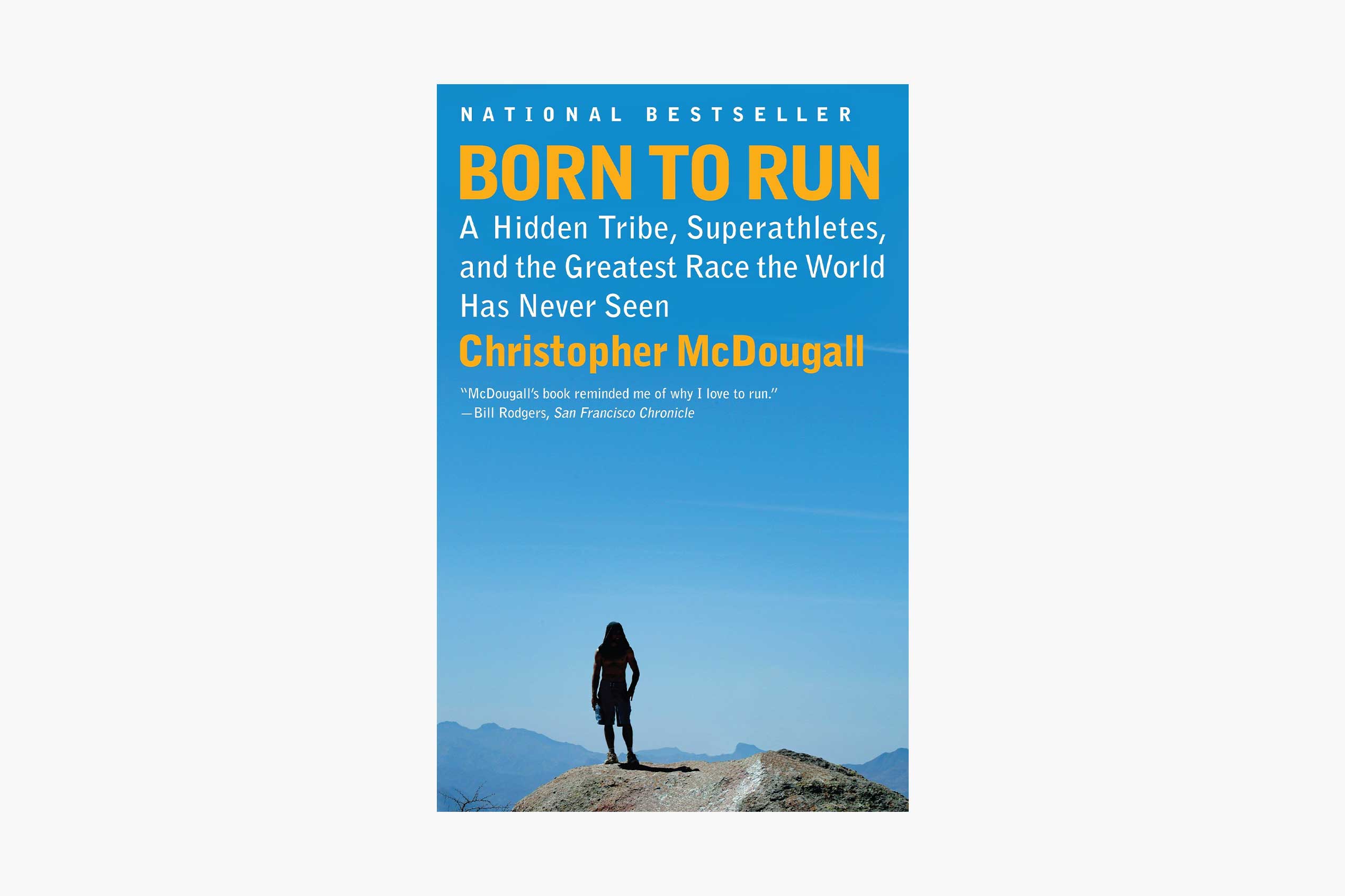 7. The Terrible and Wonderful Reasons Why I Run Long Distances by Matthew Inman a.k.a. The Oatmeal

From the author of How to Tell If Your Cat Is Plotting to Kill You, The Oatmeal’s take on running is a book about much more than running itself. It’s a fun-filled, technicolor take on, as the author puts it, “all the terrible and wonderful reasons we wake up each day and propel our bodies through rain, shine, heaven and hell.” From escaping “The Blerch” to “a totally unnecessary digression about Japanese giant hornets,” it’s a laugh a page but also resonates as a poignant reminder of the motives that started many of us off on our long personal journeys as runners. 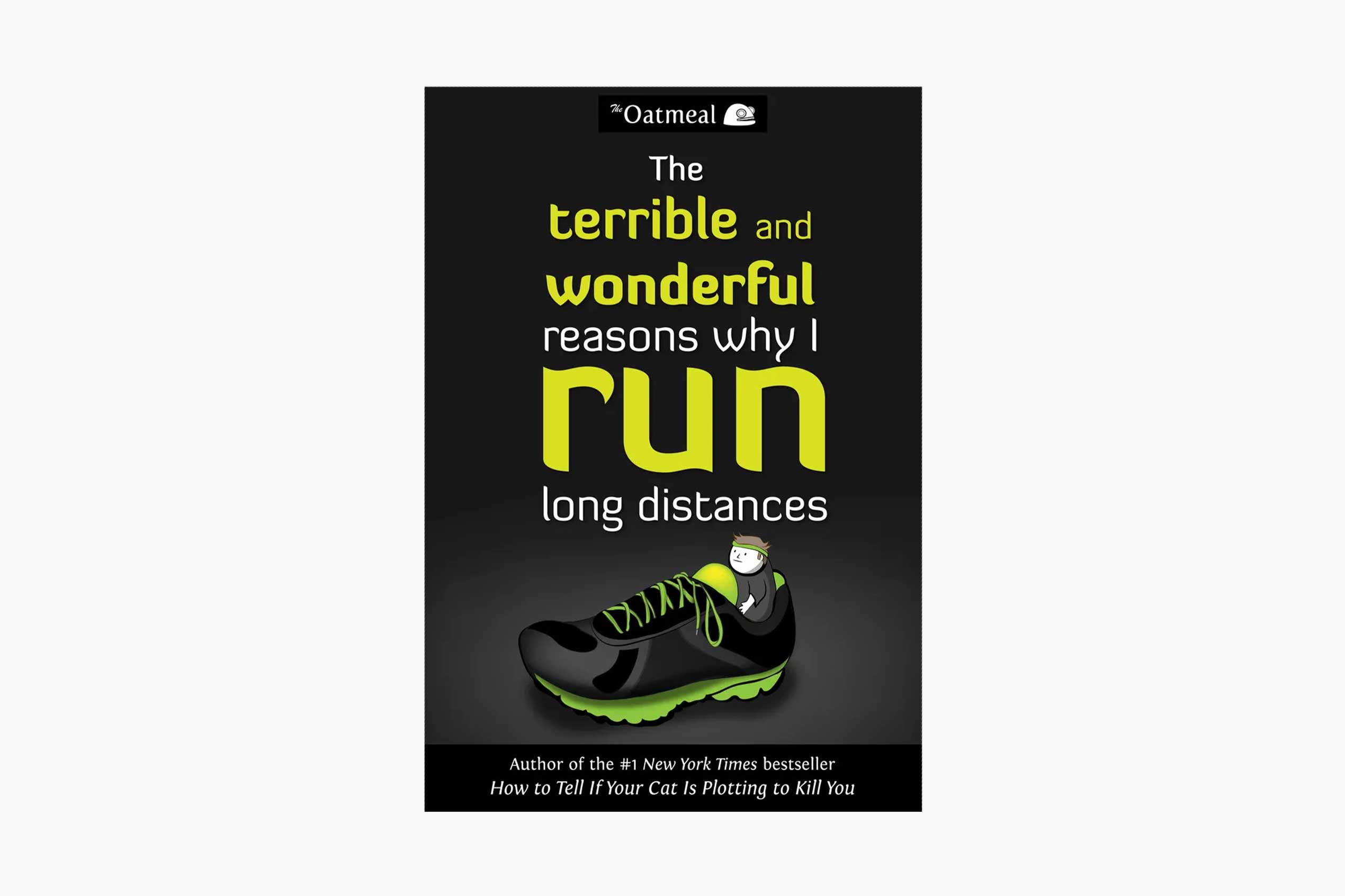 8. Running with the Buffaloes: A Season Inside with Mark Wetmore, Adam Goucher, and the University Of Colorado Men's Cross-Country Team by Chris Lear

A tip from our very own ultra athlete David Kilgore, this is the remarkable all-access account of a rollercoaster year with a college cross-country team in a season in which they look set for success. As is so often the case in sport, however, fate doesn’t plan on making it easy. From triumphs to tragedies and everything in between, it’s a powerful tale of overcoming adversity and what it really takes to win against the odds. 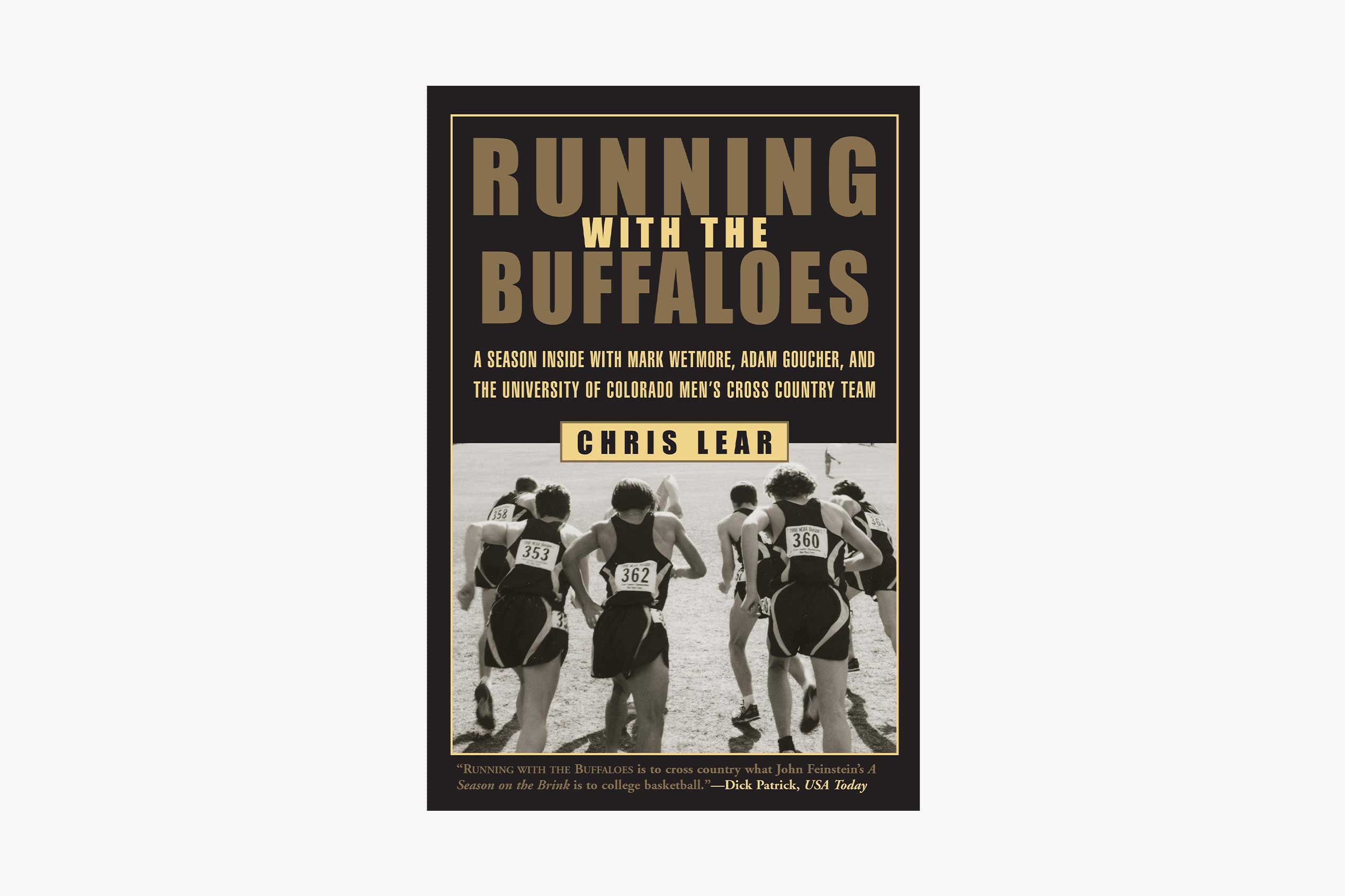 9. From Last to First: A Long-distance Runner's Journey from Failure to Success by Charlie Spedding

Recommended by Josh Stilin from the On ZAP Endurance team, who gave us his review: “A bit of an underdog, Spedding talks about what it took to win the London Marathon and take bronze in the 1984 Olympics. A passage that stood out to me from the book is when Spedding sits down in a pub and writes down what motivates him. He asks himself, ‘what do I want?’, ‘why do I want it?’, and ‘how am I going to get what I want?’ By re-framing his mindset he set about exceeding the expectations he'd previously set for himself.” 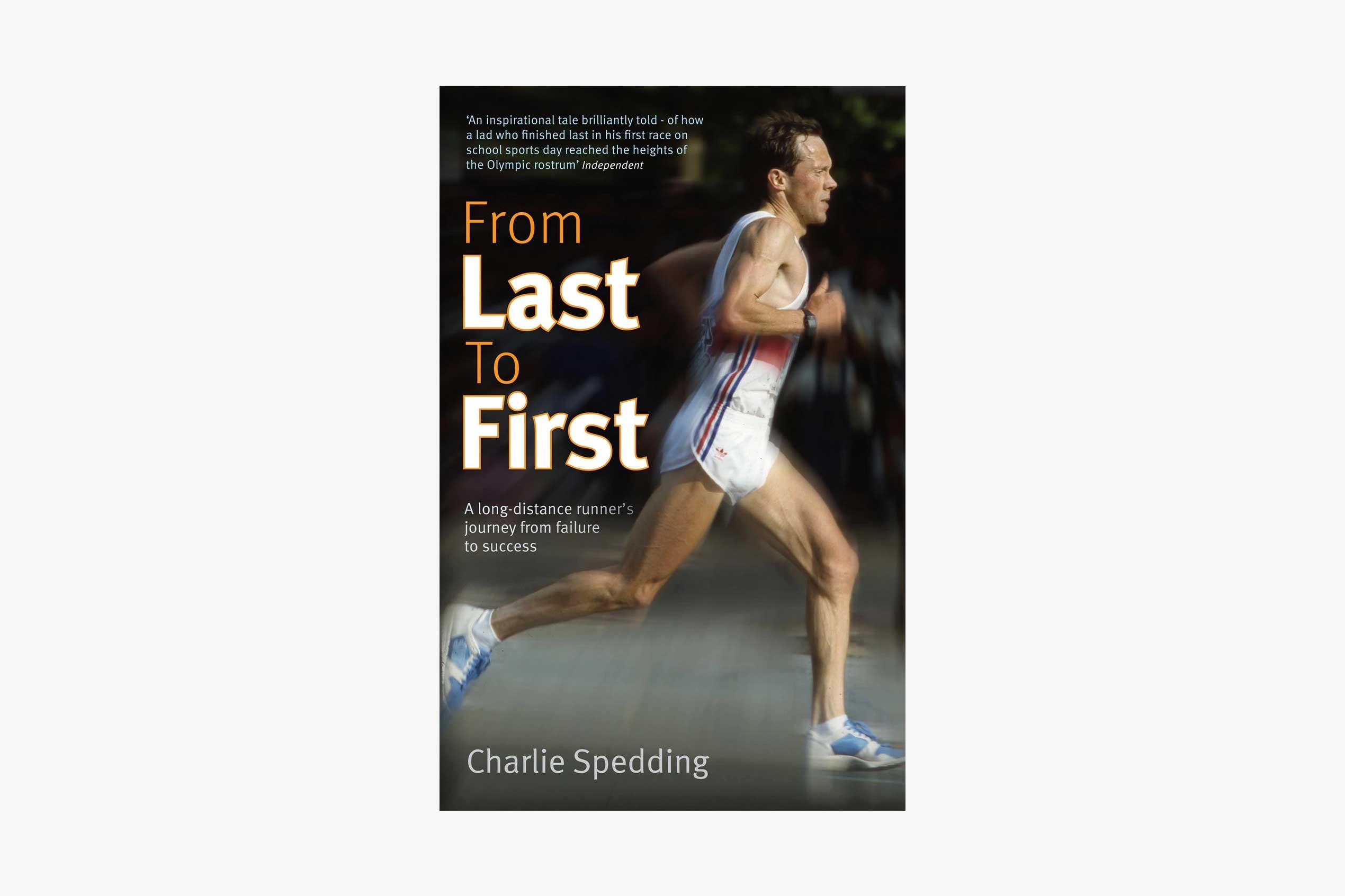 10. The Result Is What You See Today: Poems about Running, edited by Paul Deaton, Kim Moore and Ben Wilkinson

“The poems here are as varied and vibrant as running itself,” reads the quote on the sleeve from British Olympian Jo Pavey, and it’s absolutely true. Even if you wouldn’t normally read poetry, if you’re a runner then there’s something here for you. Grouped into four sections: ‘What I was born for’, ‘Against the rising light’, ‘Our bodies gone to our heads’, and ‘I won’t stop until I’ve travelled from one life to another’, this anthology explores the countless reasons we run and how running affects many other aspects of our lives long after we’ve taken off our running shoes.

While the poems celebrate the myriad benefits of running, many also address the often unspoken fact that it’s not always easy to be a runner. In both cases, the poets' words are powerfully inspiring. 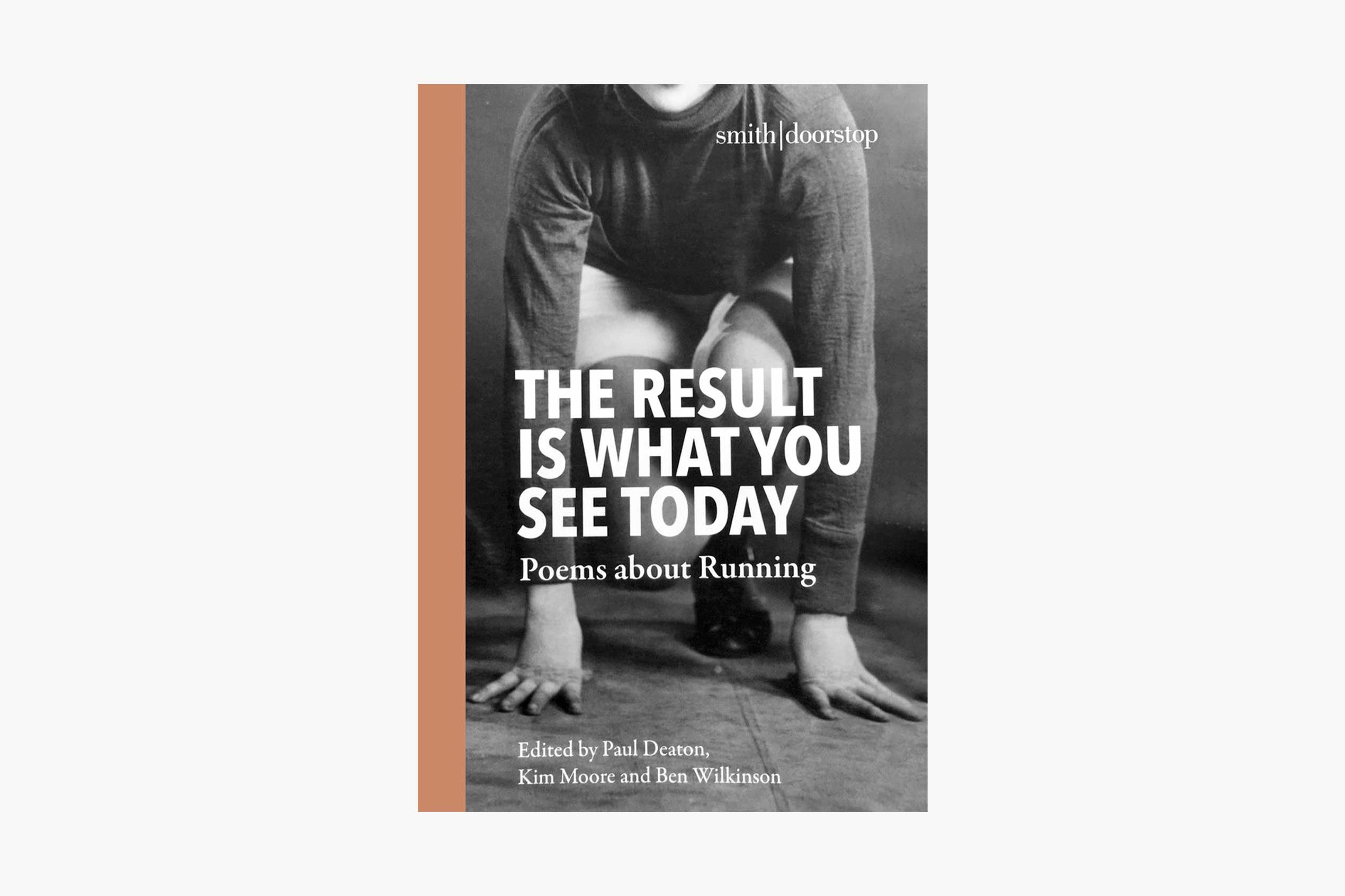 11. The Ghost Runner: The Epic Journey of the Man They Couldn't Stop

Another recommendation from Florian Neuschwander, who kindly summarized it for us: “It‘s the true story of a guy named John Tarrant. He’s a boxer, but gives it up to focus on running. He does well and sets his sights on national and international competitions. But because it emerges he was once paid £17 expenses during his boxing career, he is seen to have broken amateur rules and so is not allowed to compete.

“Desperate to race, he hides behind trees before races begin and jumps in after the gun without a bib number. When he begins winning races, people start asking, ‘Who is that guy? Who is this ghost runner?’. This book inspired me a lot. Check it out.” 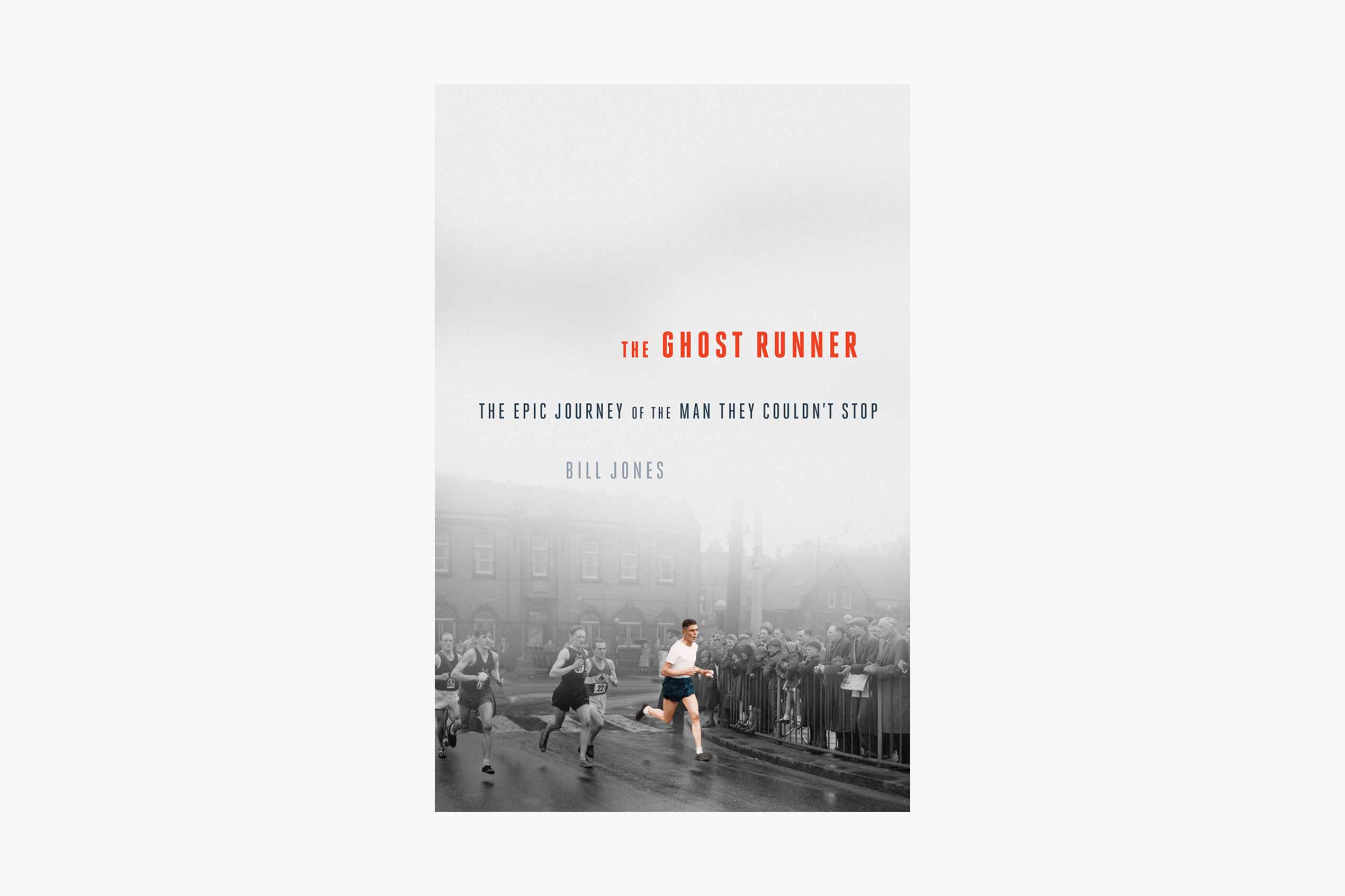 12. The Rise of the Ultra Runners by Adharanand Finn

Another mention for Finn in our list, and this time it’s his latest offering, which explores the growing popularity of ultrarunning. In another immersive first-person account of a feet-first investigation into the culture of our sport, we follow Finn from his first forays into ultrarunning to a debut at the renowned Ultra-Trail du Mont-Blanc. As with Finn’s other books, his own journey is punctuated by the personalities he comes across along the way. From elite ultra stars to plucky first-timers, we're introduced to a colorful cross section of ultrarunners, giving us a unique insight into the warmth and spirit that characterizes their community. 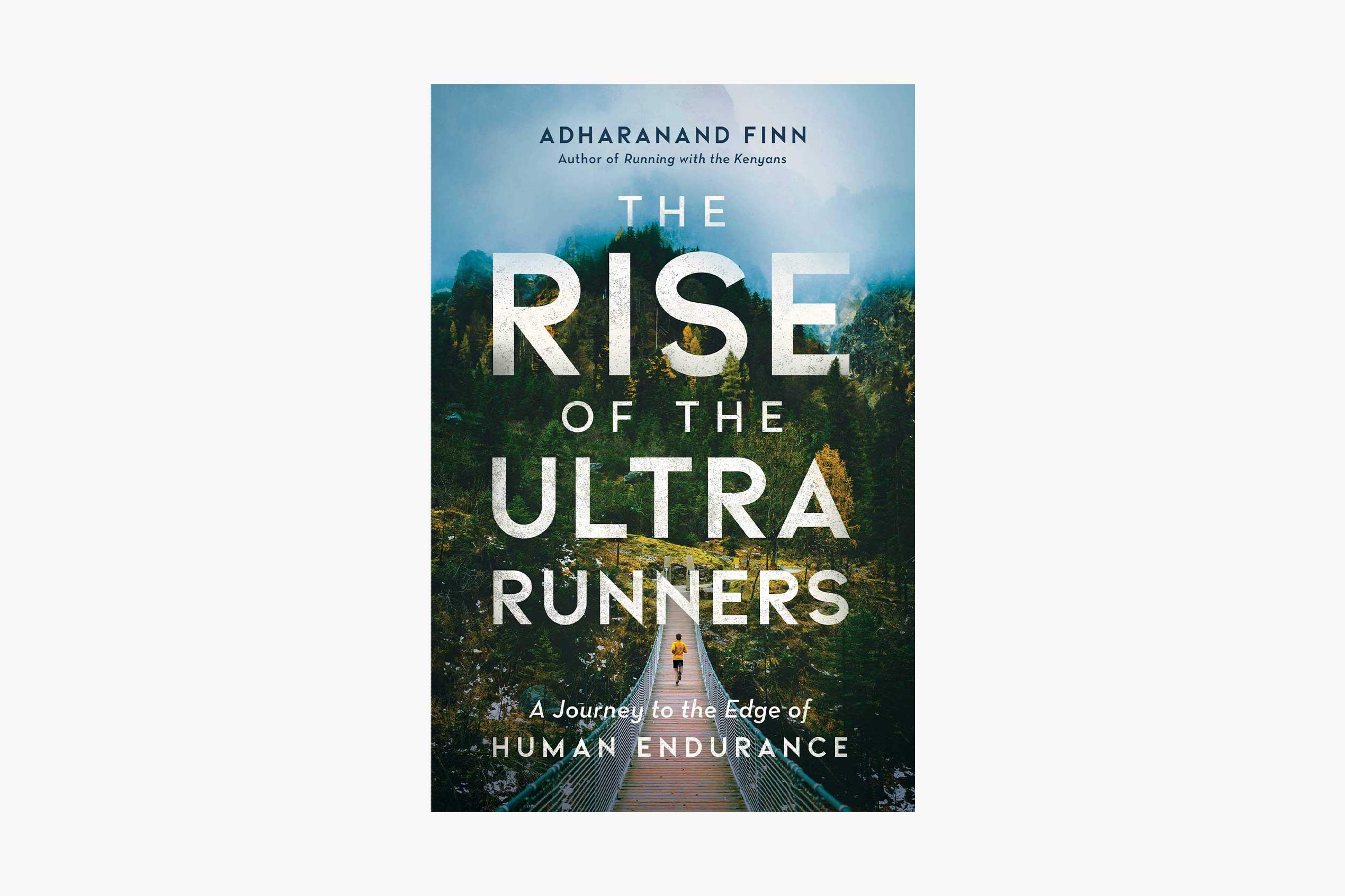 13. On Trails: An Exploration by Robert Moor

Recommended by Joanna Thompson from the On ZAP Endurance team, who told us: “This is one of my favorite books. It’s only tangentially related to running, but I think it really captures the distance runner mindset. It's an exploration of the physical and philosophical concept of a "trail", starting with the author's experience on the Appalachian trail and zooming out to fossilized trailbeds, ant colony behavior, and persistence hunting. That's the kind of thing that I like to think about when we're trailblazing through the woods. It's also gorgeously written.” 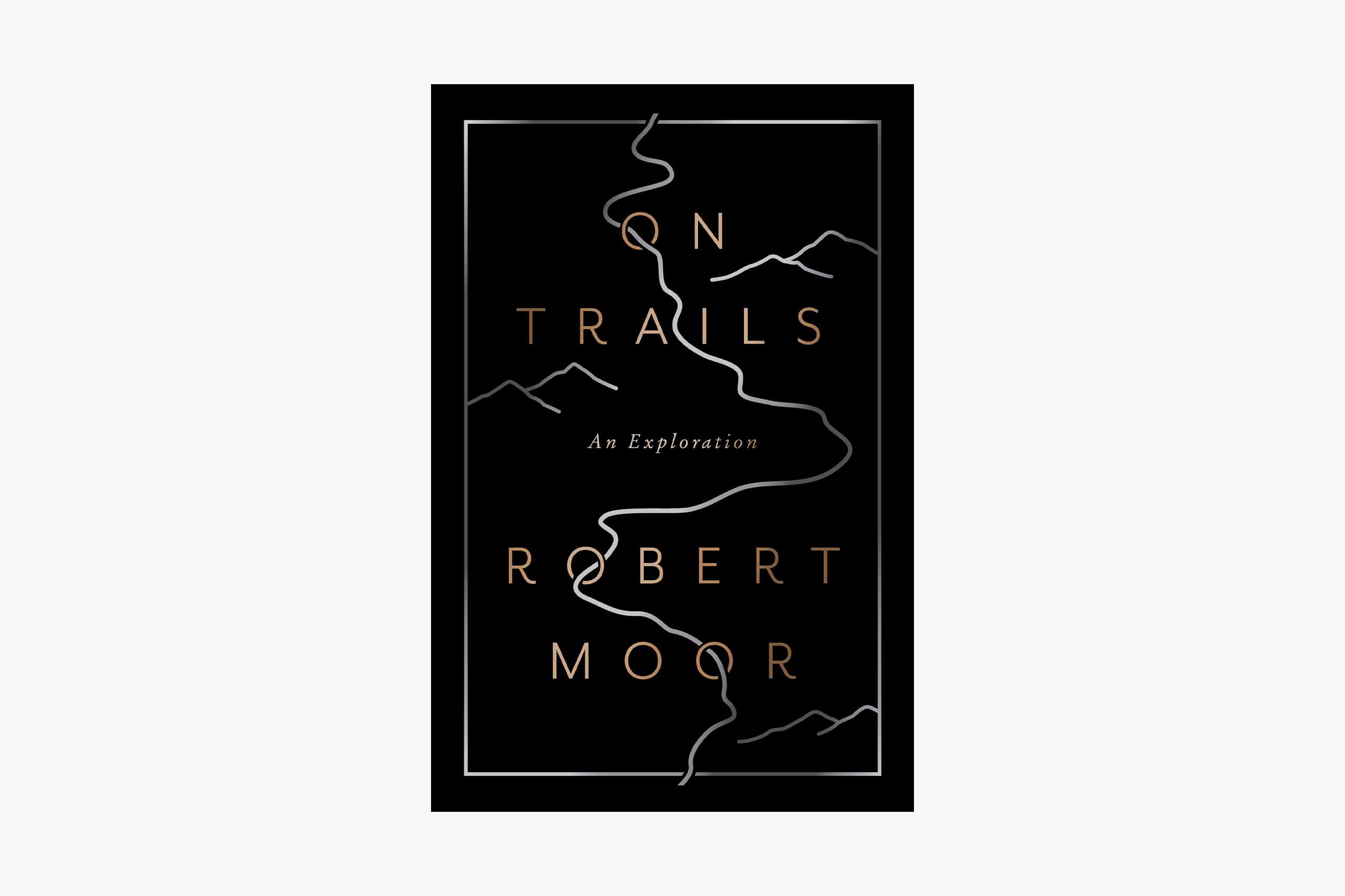 Steve “Pre” Prefontaine was a mercurial runner. A record-breaking rebel. Tragically, the world never got to see how far he could take his talent. His life was cut short when he died in a car accident aged just 24. At that time, he held every American outdoor track record between 2,000 and 10,000 meters. When we asked On athlete Chris Thompson for his running-related book recommendations, “Pre” was top of the list, not only because of the inspiring and heart-wrenching story, but the insight into Pre’s world that it provides. “I'm a big fan of the history and the 'track town' culture in Eugene, Oregon – where the book is based,” he told us. “Having lived there and experienced it firsthand after reading the book, for me it's a must read for any running fanatic.” 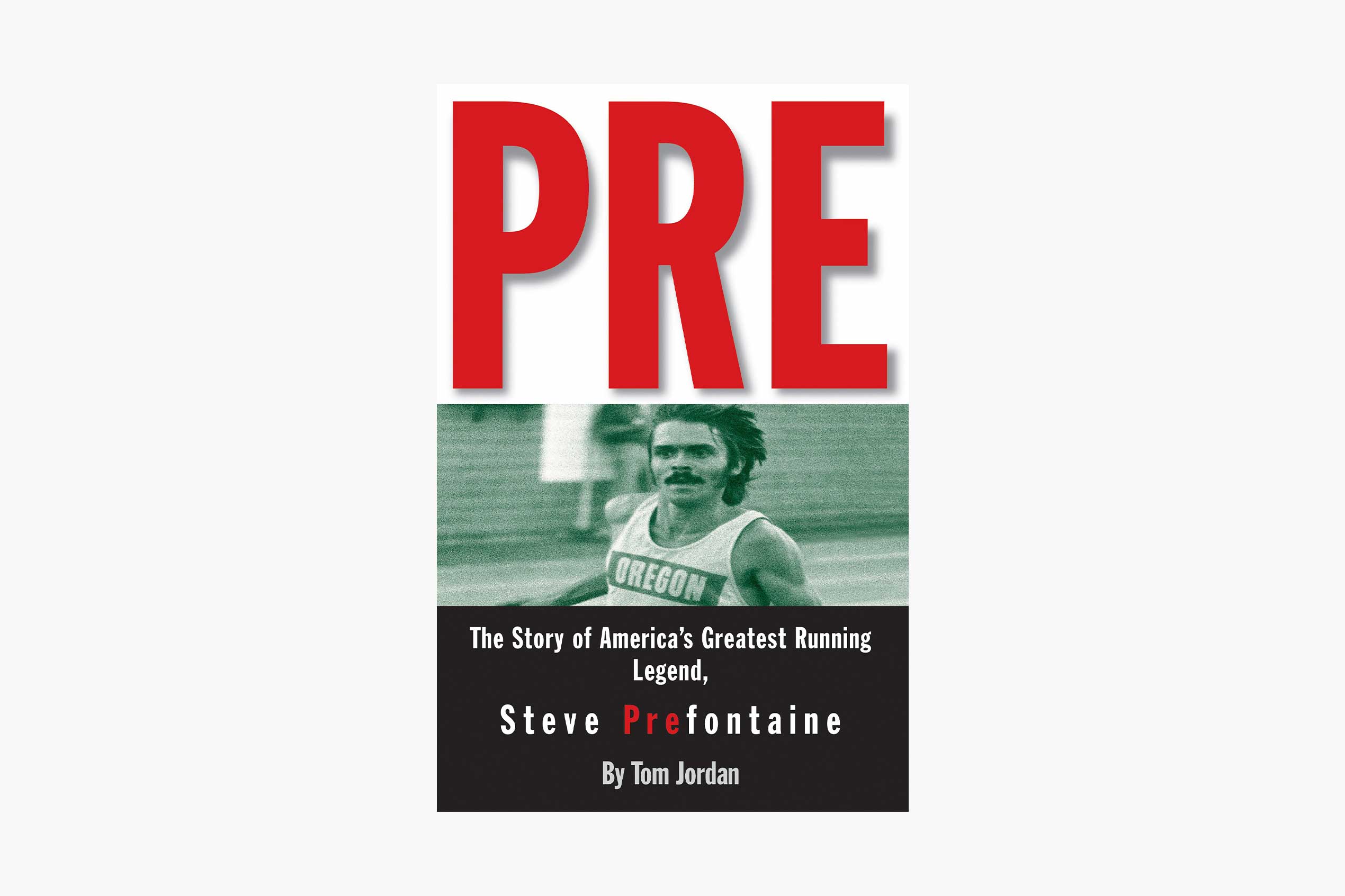 What am I really capable of? How far? How fast? What’s holding me back? These are questions many runners will ask themselves at one point or another and Alex Hutchinson has made it his mission to find out the answers for the entire human race. With a firm foundation in science, Endure elaborates on why it’s not always mind over matter, but why we’re always capable of a little more. As marathoner Rachel Cliff puts it:

"It’s educational and interesting. Take notes while you read it, you’ll learn a lot." 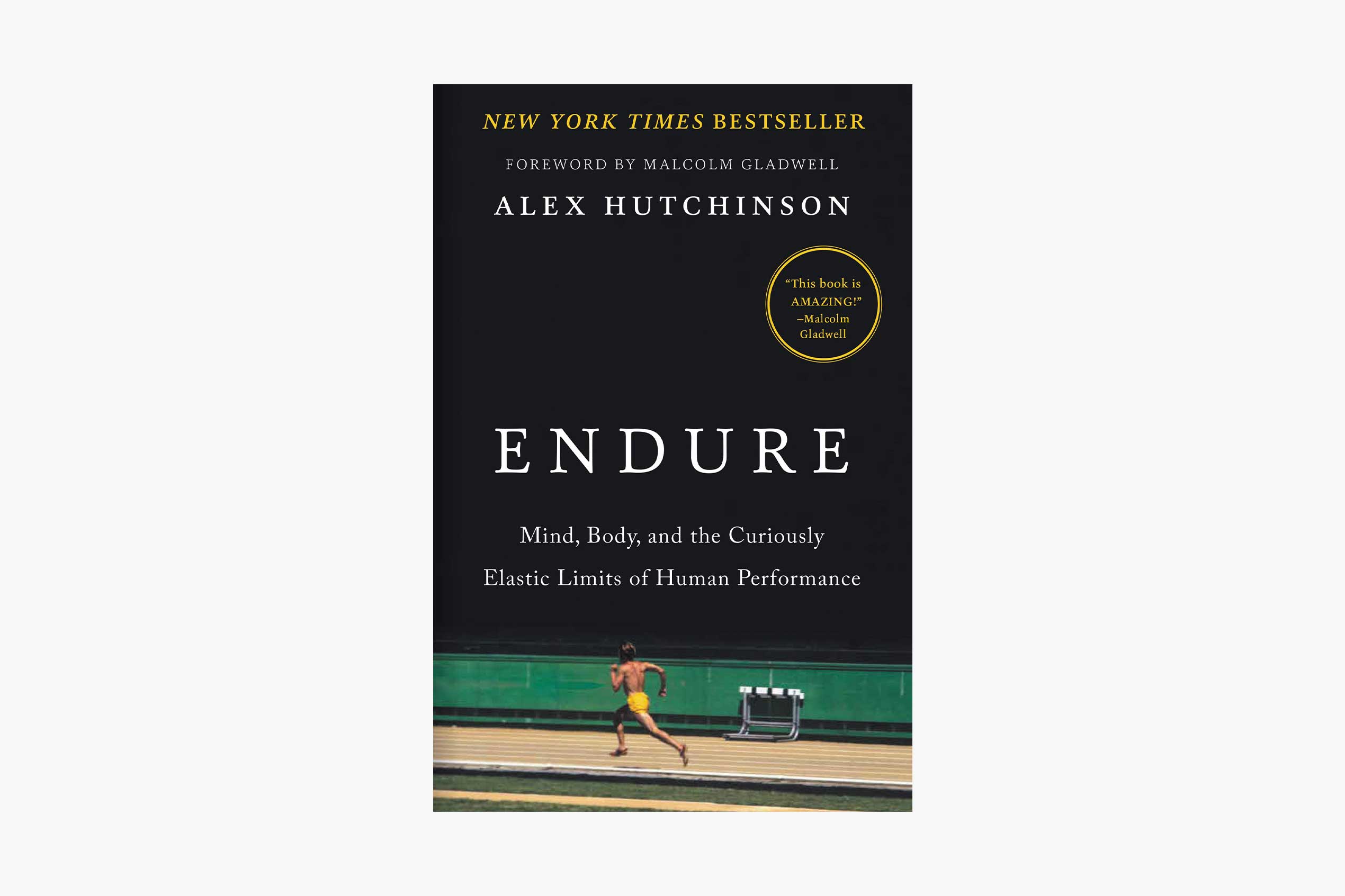