It was a dream come true for local star Andi Dreitz as he secured his maiden win at the 2019 edition of the Challenge Roth long-distance triathlon. The victory made him the first athlete from Germany’s Franconia region, where the race is held, to take the title.

A major event on the European Iron-distance calendar, Challenge Roth sees participants take on a 3.86 km (2.4 mile) swim in the Rhine–Main–Danube Canal before taking on a 180.25 km (112 mile) bike ride through the Franconian countryside around Roth. The marathon (42.2 km, 26.2 mile) run heads along the canal to finish in front of a deafening crowd in the center of Roth.

Dreitz took the lead in the bike leg and stayed there for the duration of the marathon, completing the run in 2:51:11 to break the tape in 7:59:02. Fellow On athlete Jesper Svensson was not far behind, crushing a 2;48:43 marathon to clock a time of 8:02:20 to secure second place. It was almost an all-On podium as 2018 Ironman World Championships runner-up Bart Aernouts finished in fourth. 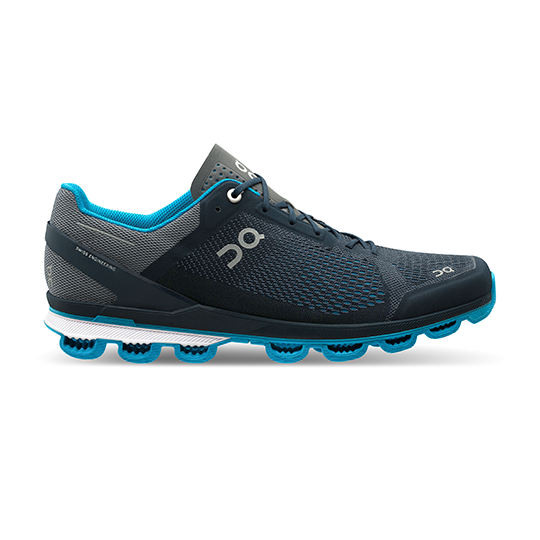 The Cloudsurfer
Andi’s title-winning shoe. Rebound-Rubber CloudTec® combines with an explosive Speedboard™ for the ultimate ride on the road.
See the shoe

Andi and Jesper’s podium places capped a winning weekend for On athletes. Britain’s Will Clarke cruised to victory in the half-iron-distance Outlaw Triathlon in Nottingham, England, taking the course record with a time of 3:51:44. On the same day, Dimity-Lee Duke topped the podium on clouds at the Davao 5i50 Olympic-distance triathlon in the Philippines. The triathlon became a duathlon after the swim was cancelled because of concerns about water quality, but Dimity wasn’t phased. The Australian took the lead early and never let it go, crossing the line in 02:02:10.