On September 4, 2019 hundreds of ultrarunners from around the world will take on up to 170km and 11,300 meters of ascent in the fifth edition of the Ultra Tour Monte Rosa (UTMR), sponsored by On.

What’s in store for those brave enough to toe the start line? We spoke with race creator and director Lizzy Hawker to find out.

Lizzy, when you were creating the Ultra Trail Monte Rosa (UTMR), what was your goal?

LH: My objective with the race is simple – to share some of the joy that I have had from running.

While preparing for the Ultra Trail du Mont Blanc I would often run on the magnificent trails around the Monte Rosa on the Swiss-Italian border.

Without another runner in sight, I came to know and love the trails of the Tour de Monte Rosa – the 150km footpath encircling the beautiful massif of the Monte Rosa, passing beneath several awe-inspiring summits including the iconic Matterhorn. I realized that these were the trails that I wanted to share with other runners. This was the race I wanted to race. The UTMR was born.

What differentiates the Ultra Trail Monte Rosa from other ultramarathons?

It’s bold, beautiful and brutal - a big race experience but with an intimate setting.

It’s probably unique in that the tough 170 km route is opened up to a much wider part of the running community by having a stage race format alongside the ultra distances.

2019 will be the fifth edition of the race. What have been your UTMR highlights so far?

An event like this is a feat of cooperation. It’s been rewarding to seek out and receive the support of so many people.

And what about the course itself – are there sections or overall features that particularly special along the route?

There’s quite a list! There’s the world’s longest suspension bridge; you pass the iconic Matterhorn; which you see from the North, East and South sides; you run across a glacier, climbing to 3300m; Italy then offers a different ambience to Switzerland, and the architecture changes. Turlo pass features a roman road; the other side of it feels particularly remote and wild.

The Monte Moro pass has the domineering golden Madonna perhaps reminding you of your mortality and of the need to take care on the rocky descent.

Then some say the last kilometres from Saas Fee on the Europaweg is just beautiful alpine running.

The Ultra Tour Monte Rosa offers a 170 km Ultra, a 170km stage race and a 100km Ultra. Why did you want to offer all three variants?

The goal was always to make a full tour of the Monte Rosa massif. This is where I used to train for the Ultra Trail du Mont Blanc, and I always thought that it would make a great challenge and one that I’d like to race. But it is no secret that it is very demanding and so not for everybody.

The stage format allows people to enjoy the whole route in daylight by running a mere mountain marathon each day for four days! Plus there is the social aspect of hanging out in the evenings with all of the runners with good food and some comfort. The 100 km is something in between and a super route in itself, with three fabulously big passes to climb as well as an international border to cross.

What would you say to someone who is thinking about taking part in the UTMR?

I’d love you to come and take part. For seasoned trail and ultra-runners, there is something for everyone. Read the website to understand the challenge on offer, and then get in touch! Registrations for 2020 will probably open in November, so join our mailing list to be alerted.

On is title sponsor of the 2019 Ultra Tour Monte Rosa (UTMR), taking place 4–7 September. Said to be one of the most beautiful ultramarathons in the world, the trail winds through the Swiss and Italian Alps, encircling one of the biggest mountain massifs in Europe. With three race options: The four-day stage race, the 100km Ultra 3 Passes or the full 170km Ultra Tour - the UTMR has something to offer every experienced trail runner. 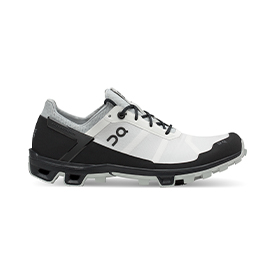