When a runner can’t run, the mind often suffers as much as the body. But for three-time NCAA All-American Brandon Doughty, taking time out to rest and repair soothed more than physical injuries.

On athlete Brandon completed his studies at Oklahoma University as one of the most decorated runners in the school’s history. A 3000m steeplechase specialist, he made the finals of the 2018 US Track and Field Championships and is a four-time Big 12 Conference Champion.

Today, the 25-year-old West Virginian trains with On Zap Endurance, a non-profit training center for post-collegiate athletes. He aims to be part of the US Olympic team for 2020, but reaching life’s quarter-century mark and suffering a serious Achilles injury saw him reassess his priorities.

For many runners, being unable to train for a long time causes frustration and irritation. Initially, Brandon was no different. But, as he reflects, being injured for almost a year has actually proved to be something of a blessing in disguise.

“I’ve grown more than I knew I was capable of over the last nine months,” said Brandon.

“If my expectations didn’t blow-up in my face, I wouldn’t have experienced this growth through acceptance and patience.

“I have a newfound awareness and acceptance of myself and surroundings.”

But despite his current positivity, Brandon’s road to recovery has been far from easy.

After having surgery to have his Achilles tendon reattached – which involved having more than an inch of bone cut from his feet – he took a full four months away from running. Following this, he spent another four working towards being able to manage 50 miles a week – something that would have been simple for him in days gone by. Although he could manage occasional runs, he was still in excruciating pain at times.

Brandon was struggling; and not just with the pain. The high expectations he had put on himself were bringing him down. He was not used to being unable to train and found the time away from running difficult to handle. At one point, he considered quitting altogether. 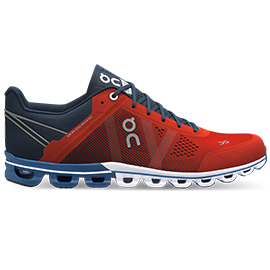 The Cloudflow
Lightweight and ultra-responsive, with 18 Clouds to offer outstanding impact protection and a specialized Speedboard ™ to put a serious spring in your step. The shortcut to runner’s high.
See it here

“Running is a lifestyle, not just a hobby,” he notes.

“When everything you do and think (excluding working and family) revolves around a single element, your essence gets absorbed by that component.

“How well your running is going becomes the causation of how happy you are.”

Thankfully, his descent into depression eventually sparked the realization that he was putting too much pressure on himself; that his insistence on pushing himself harder and further was unhealthy and unhelpful.

“The chip on my shoulder makes me feel like an outsider who isn’t talented enough to be a professional runner,” he admits.

“This makes me want to push myself as hard as I can, as often as I can. As I’ve learned the hard way, more isn’t always better.”

In chasing his goals, Brandon had lost sight of why he fell in love with running in the first place. It took losing the ability to do what he enjoys most to give him a wake-up call. One that he wasn’t about to snooze through. 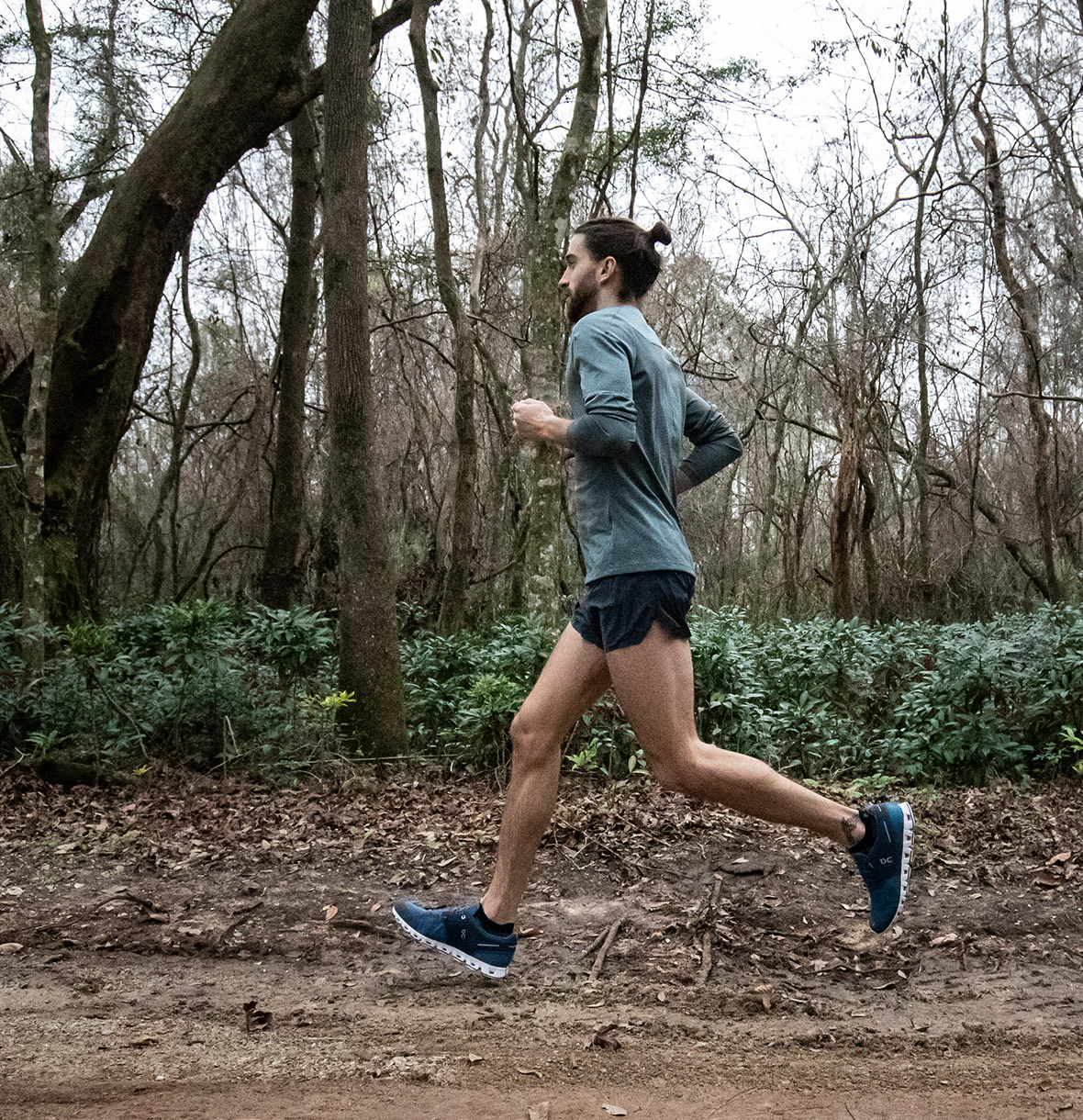 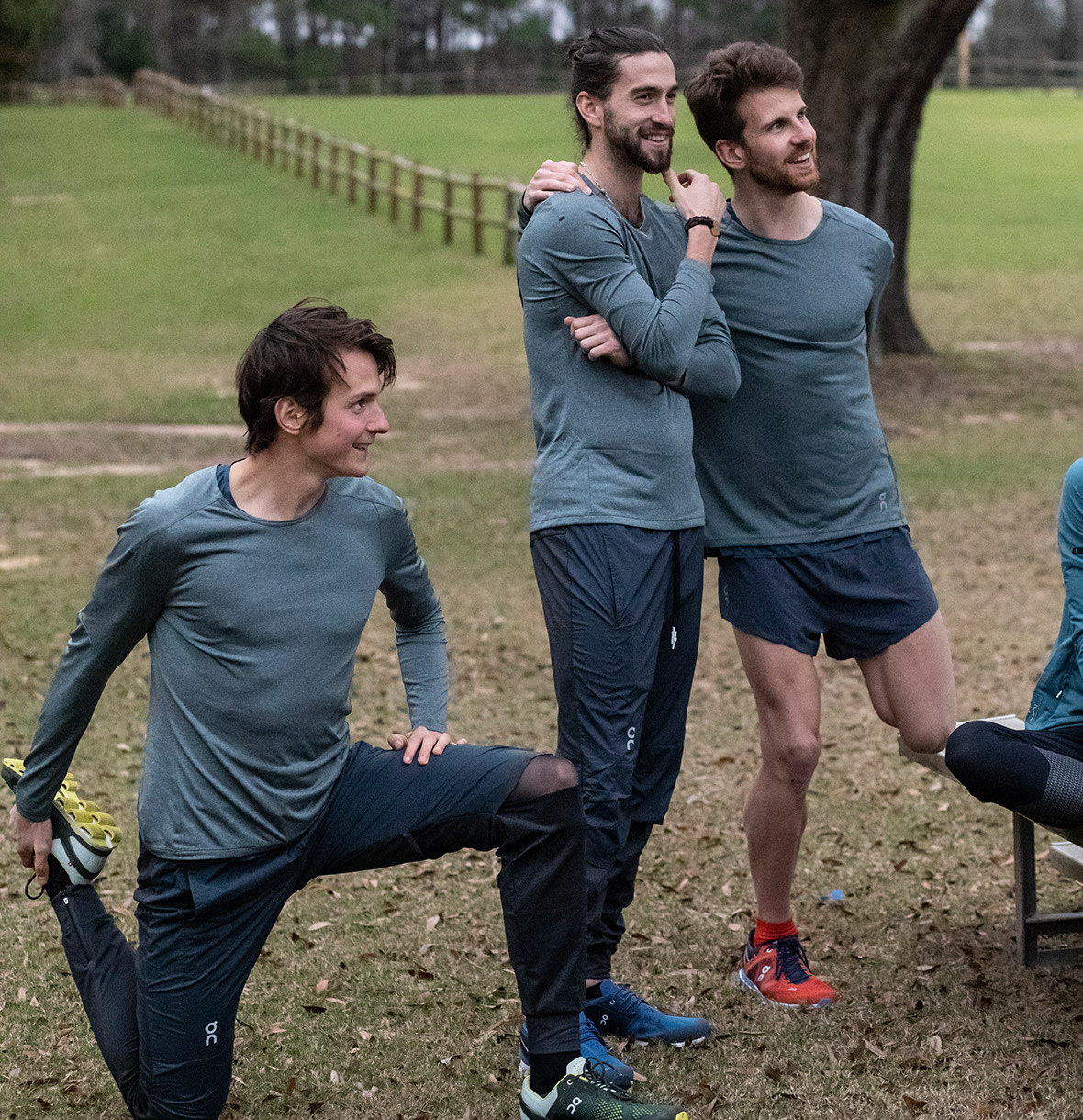 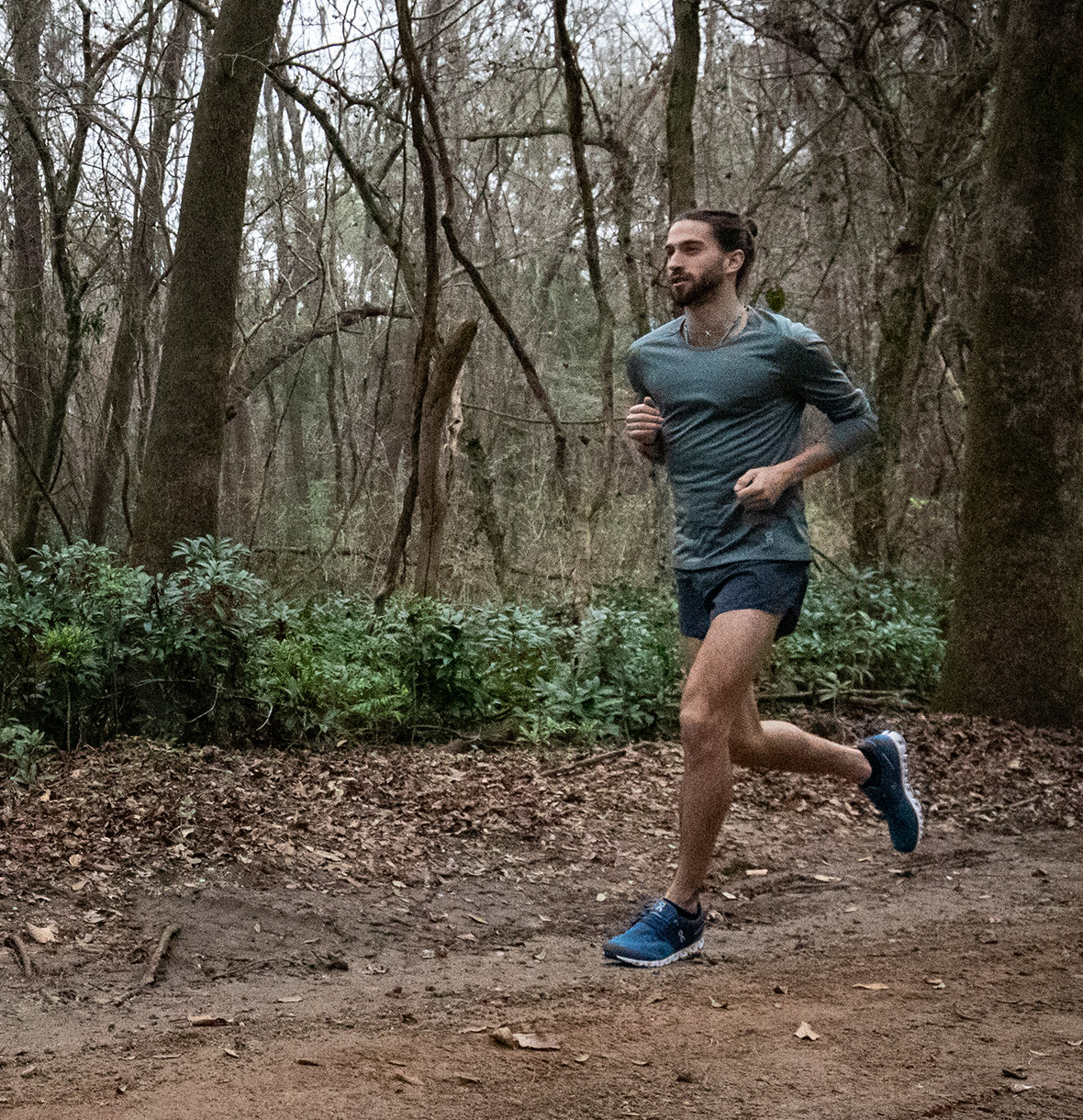 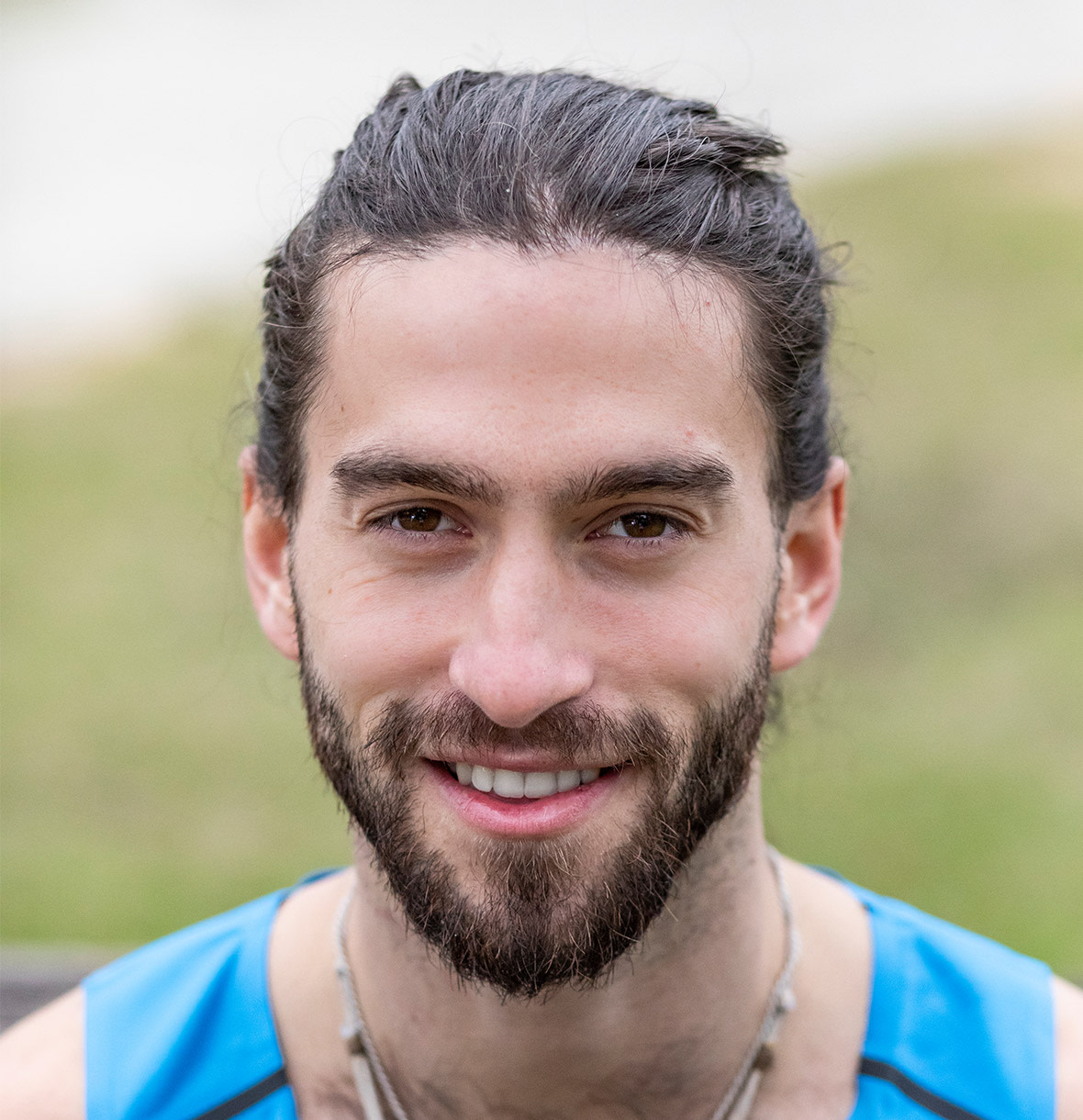 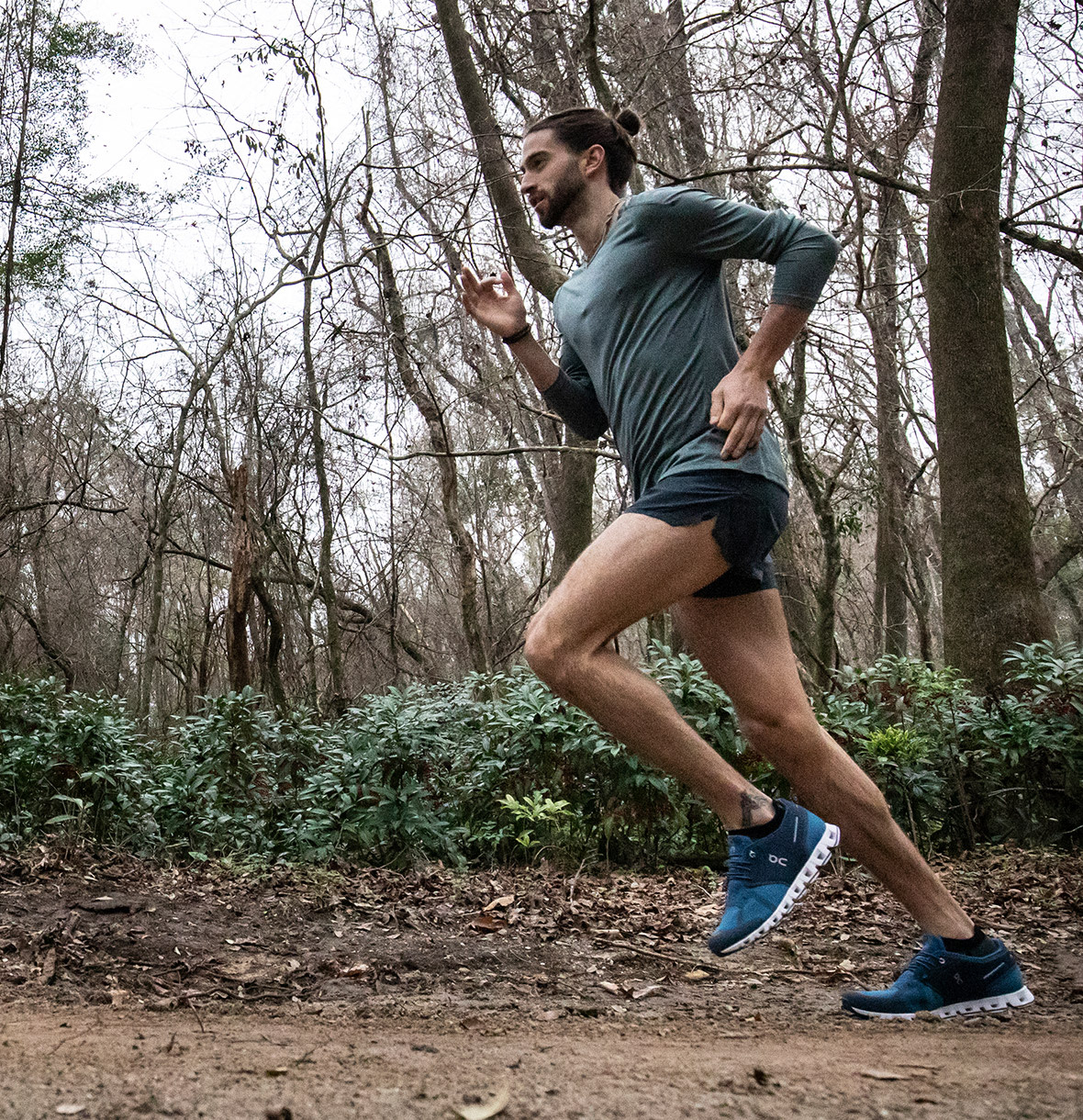 “It’s not healthy to get anxious or depressed because you’re not where you expected to be,” he said.

“All of these expectations were made up parameters that I created in my head. I didn’t need to obsess over them, just adjust (them).”

“What if I never make an Olympic team? Am I never allowed to be happy?

Learning to let go of the expectations and pressure that he put himself under turned out to be a catalyst for change. Was it the injury? Was it becoming a little older and wiser? Maybe a combination of both?

Whatever it was, instead of focusing on the negative, Brandon is now determined just to try and enjoy each individual moment. He has started to wake up and, instead of feeling resentful, he accepts his injury and recovery process.

This has coincided with an improvement with his running too. Brandon completed his first 50+ mile week of running on land (rather than on the zero-gravity treadmill he’d been using before) in February. Even more recently, he completed his first long run in nearly 10 months, managing 14 miles. He’s not completely pain free, but he is enjoying it again.

He still hopes to make the 2020 USA Olympic team. But he won’t be beating himself up about it, if things don’t go his way either.

“I feel so much more open to the world, and care so much less about what others think of me. I know who I am and what I’m capable of achieving in this sport,” he said.

“I’m not in a rush to get back to form because I have nothing to prove to anyone. With this mentality I am able to find joy in my running right now. (This) allows me to take the chip off my shoulder so I’m not just training smarter, I’m also happier.”

Long may it continue. 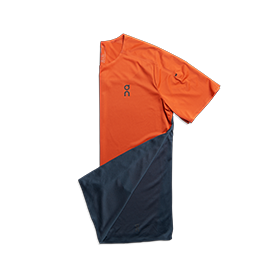 The Performance-T
When recovering from an injury, the last thing you need is shoddy clothing. The Performance T offers the perfect blend of protection, breathability and freedom of movement.
See the details

This article was adapted from a blog post written by Brandon. To read the story in Brandon’s own words, visit his website.