On athlete Frederik Van Lierde seals another stunning victory on the French riviera, taking a record-equalling fifth title in 8:25:22.

Australian former pro cyclist Cameron Wurf had built up a six-minute lead at the second transition with a race-record bike leg, but it wasn’t enough to hold off Frederik to the finish. The Belgian sealed victory with his best-ever run split at the event, putting down a 2:44:45 marathon.

“Ironman France is special to me,” Frederik said after the race.“It is a very spectacular bike course with an amazing run through the crowd.”

Last year Frederik finished the race bloodied after colliding with one of the shower heads stationed on the course for cooling. This time there was no such incident, but that didn’t make the race any easier according to Frederik.

“It is always hard work, but I had lots of desire to win and lots of wishes to do it for a fifth time,” he said.

“The strong performance on the run was the result of hard training hours and mental focus during the race.”

After the milestone win Frederik was looking forward to a good meal, a massage and family time after the race before getting back to work for the next big event. When asked about the next goal, the answer is clear: “The Kona podium.”

Look out for more exclusive insights as Frederik and other On athletes prepare for their assault on the Ironman World Championships in Kona, Hawaii, here at on-running.com. 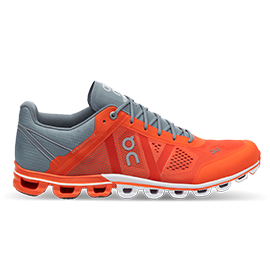 The Cloudflow
The shoe Frederik Van Lierde uses to crush the competition. The shortcut to runner's high.
Discover
Tags:
AthletesIronmanCloudflowfrederik-van-lierdeOn the Road