On his 40th birthday, the Belgian triathlon legend earned the perfect present – victory on the iconic Lanzarote course.

The 2013 Ironman world champion and a five-time winner of Ironman France, On athlete Frederik van Lierde knows what it takes to win titles. This wisdom was apparent as he celebrated turning 40 with victory at the 2019 Ironman Lanzarote.

Frederik crossed the finish line in 8:51:16, five minutes ahead of Germany’s Christian Kramer. In a close-fought race, the lead changed several times. Emerging from the water over a minute behind then-leader Andreas Raelert after the 2.4 mile (3.86 km) swim, the Belgian put in a huge effort on the hilly, windy 112-mile (180.2 km) bike ride, achieving a race-best split (5:01:32) to enter the second transition with a five second lead over Kramer.

Always a force to be reckoned with on the run, Frederik then stepped into the Cloudflow to seal another race-best, and the win, with a 2:53:23 marathon.

After celebrating his birthday win, Frederik’s attentions will turn once more to Ironman France in Nice. Already a five-time winner on the French Riviera, a sixth victory would set a new record. 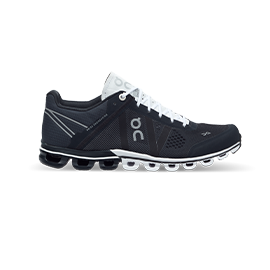 The Cloudflow
Lightweight cushioning for high-speed training and racing. Frederik’s shoe for chasing down titles.
See the Cloudflow
Tags:
frederik-van-lierdeIronmanCloudflowAthletes