On Athlete Margo Malone smashed her debut marathon, winning on a cold and wet Zurich course by nearly four minutes. We sit down for a Q&A with the newly crowned champion.

Since then, she's been working her way towards the marathon but few could have predicted just how well she would transition to elite distance.

Given her remarkable performance in our hometown marathon, we sat down for a Q&A to discuss training, the race itself and her secret weapon...

Firstly, congratulations on an amazing race. How did it feel crossing the finish line?

It felt pretty awesome! When I knew I had the lead and was about to cross the line, I was just thinking about how cool it would be to win in Switzerland after all the support from On; meeting us at the airport, showing us around their home office, meeting the team – it felt like the whole team was crossing the line together.

I think it wasn’t until the next morning that it really sunk in. I woke up to lots of messages and my family Facetimed me. That was awesome. Because of the time difference, the reaction was a little delayed. My family woke up to the news - they opened Instagram and saw my face and they were just like ‘no way, she won!’ It was really cool.

Can you talk us through the different stages of the race?

It was rainier than I anticipated so I made a quick change and added arm sleeves, gloves and a hat. When the race started, the 10k runners group was with us and this was probably my favorite part. The energy. The crowd. I just felt like it was easy to follow – even at a faster pace than I expected. It felt like I was being carried along by the group.

After the 10k runners split off, I noticed a Kenyan girl ahead of me. I slowly eyed her up and, as the miles went by, I noticed I was getting closer and closer. I didn’t want to make any abrupt moves so I just slowly reeled her in. Once I caught her we ran together for a while but I noticed she was slowing down. I moved around her and she stuck with me for a bit but, after a while, I couldn’t hear footsteps anymore.

I knew I had to make it back to the city and try to stay as strong as I could. I’d never run a marathon before so I didn’t want to do anything too risky and have to walk the last mile!

It was 4 degrees Celsius (39.2 Fahrenheit) for parts of the race, was that a challenge?

I like racing in that kind of weather. The only real challenge was making sure I was getting enough sugars to keep going. Even though you’re not hot and sweaty, you still really want to make sure you keep your body warm and metabolism running. I knew I wouldn’t feel parched or thirsty, but I still had to concentrate on getting all my fluids.

Do you go from hot to cold when training?

Mammoth Lake California is pretty unique in terms of the setting. It’s very cold where we live. It’s a ski town, so it will be snowing up there but then we’ll drive 30 minutes below the mountains and it will be like summer. So, yes, we do train in different scenarios and different weather conditions.

What were your personal goals going into the race?

I wasn’t sure what the field was going to look like. Obviously, you go into anything wanting to win but once I noticed there was a girl just ahead of me I started to realize how much I wanted to win – I’d come all this way. I sort of tracked her down, rather than just paying attention to my own pace.

I feel like I have something special here with On. Zurich is their hometown so winning the race became my main goal. But honestly, it wasn’t until I started the race that I realized winning was a real possibility. Initially, I just wanted to run a pace that was Olympic standard.

As I approached the starting line I felt excited. Not nervous. I felt ready to race. Ready to play the game with anybody that wanted to play. 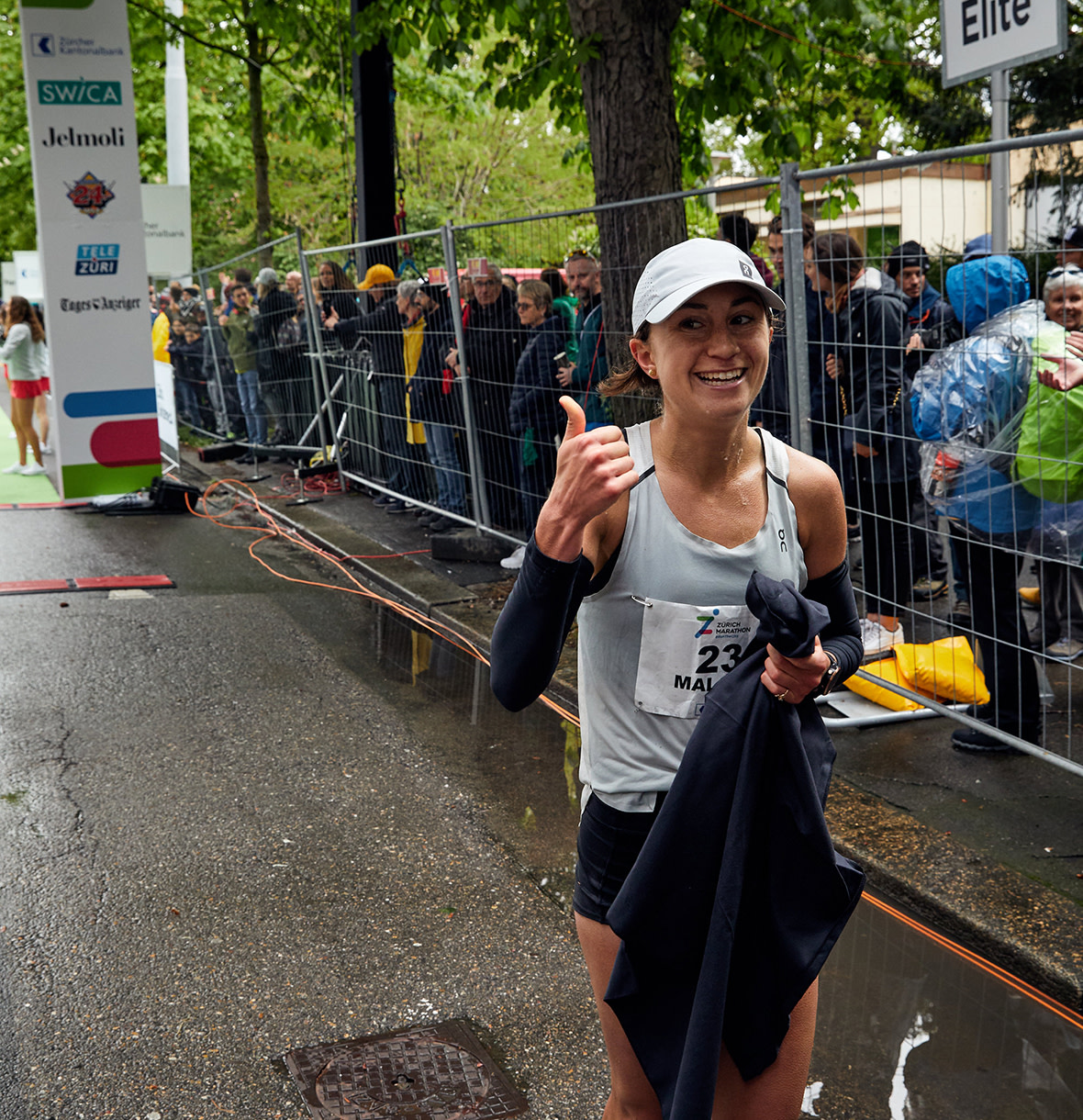 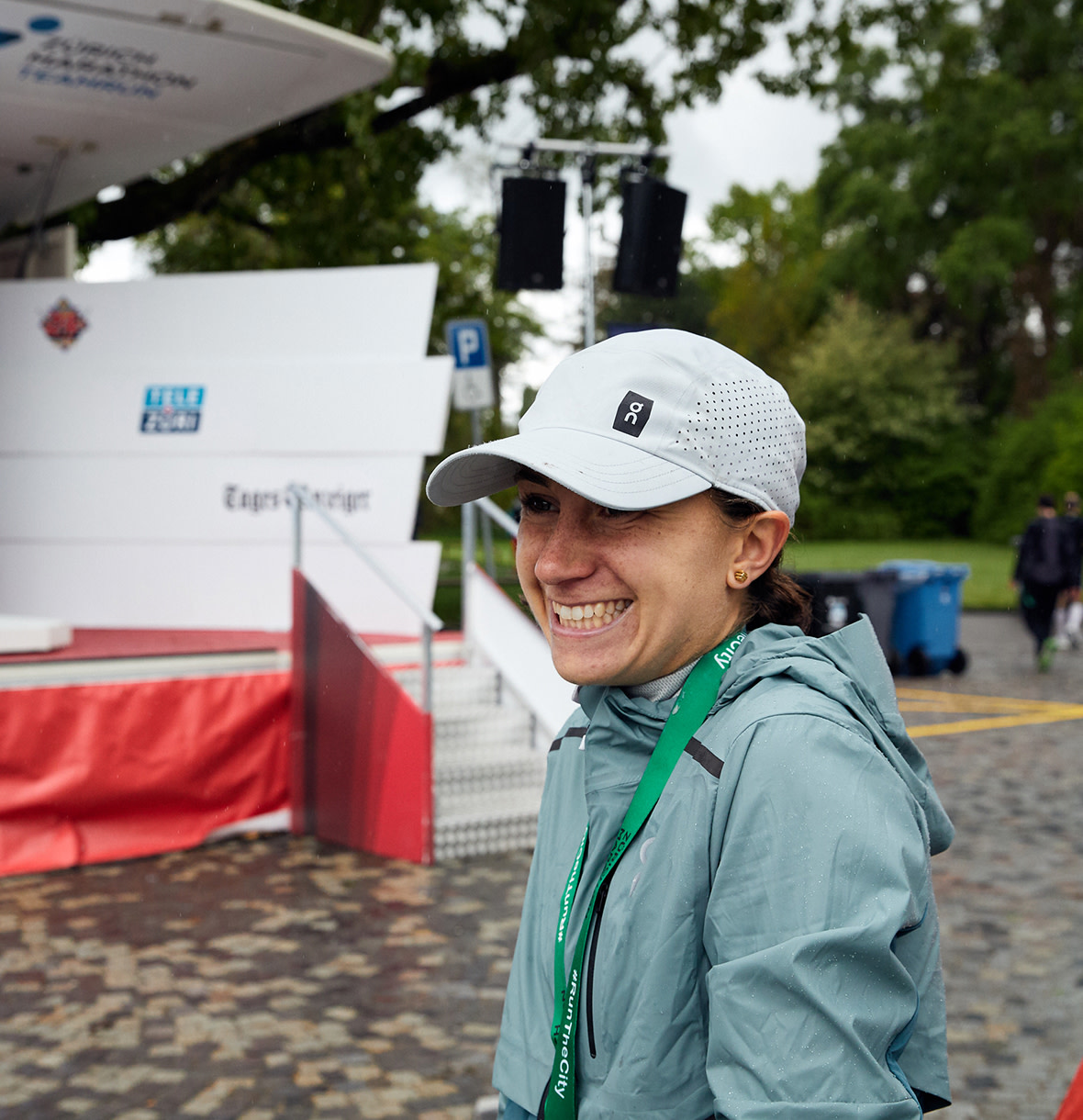 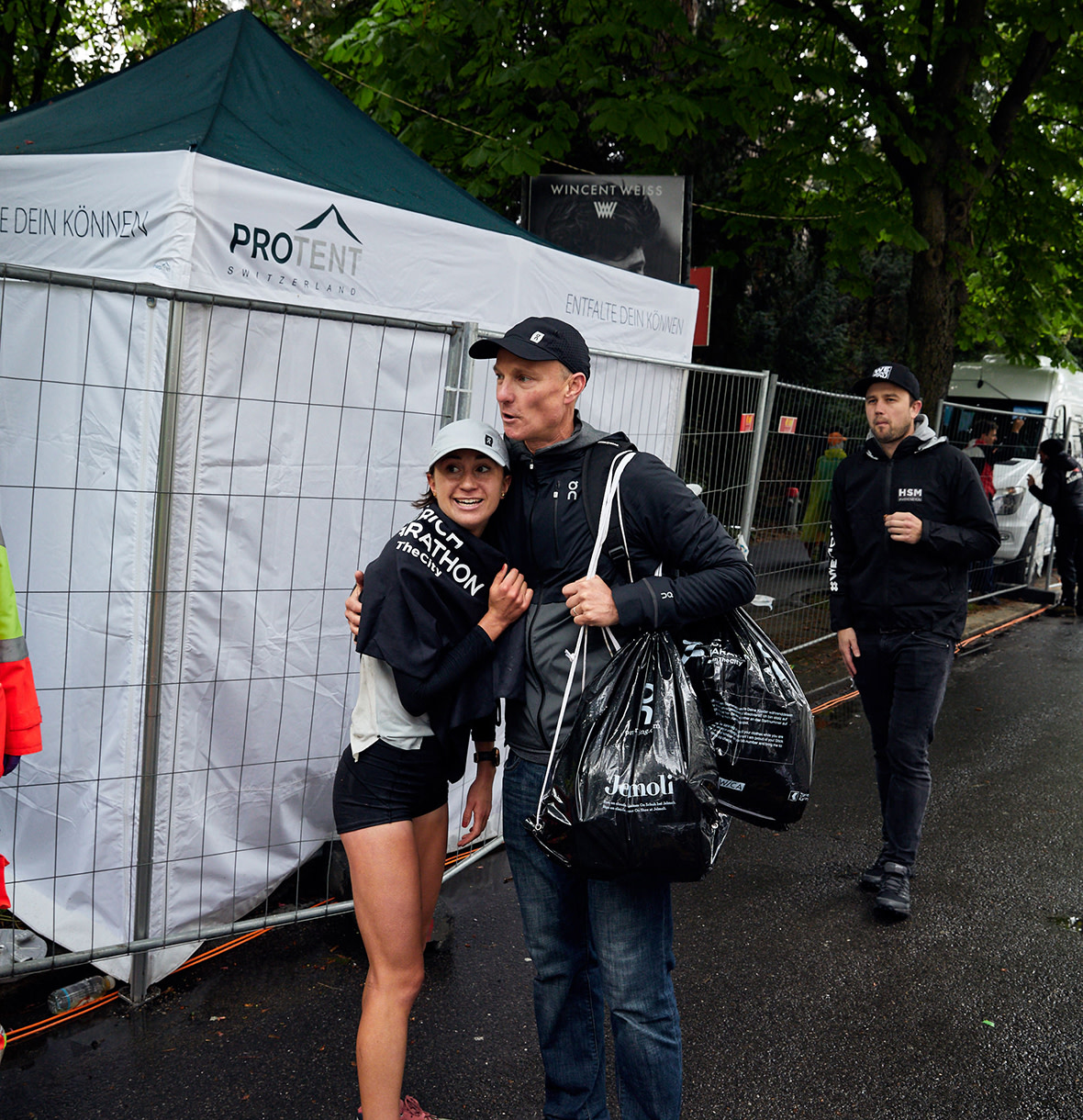 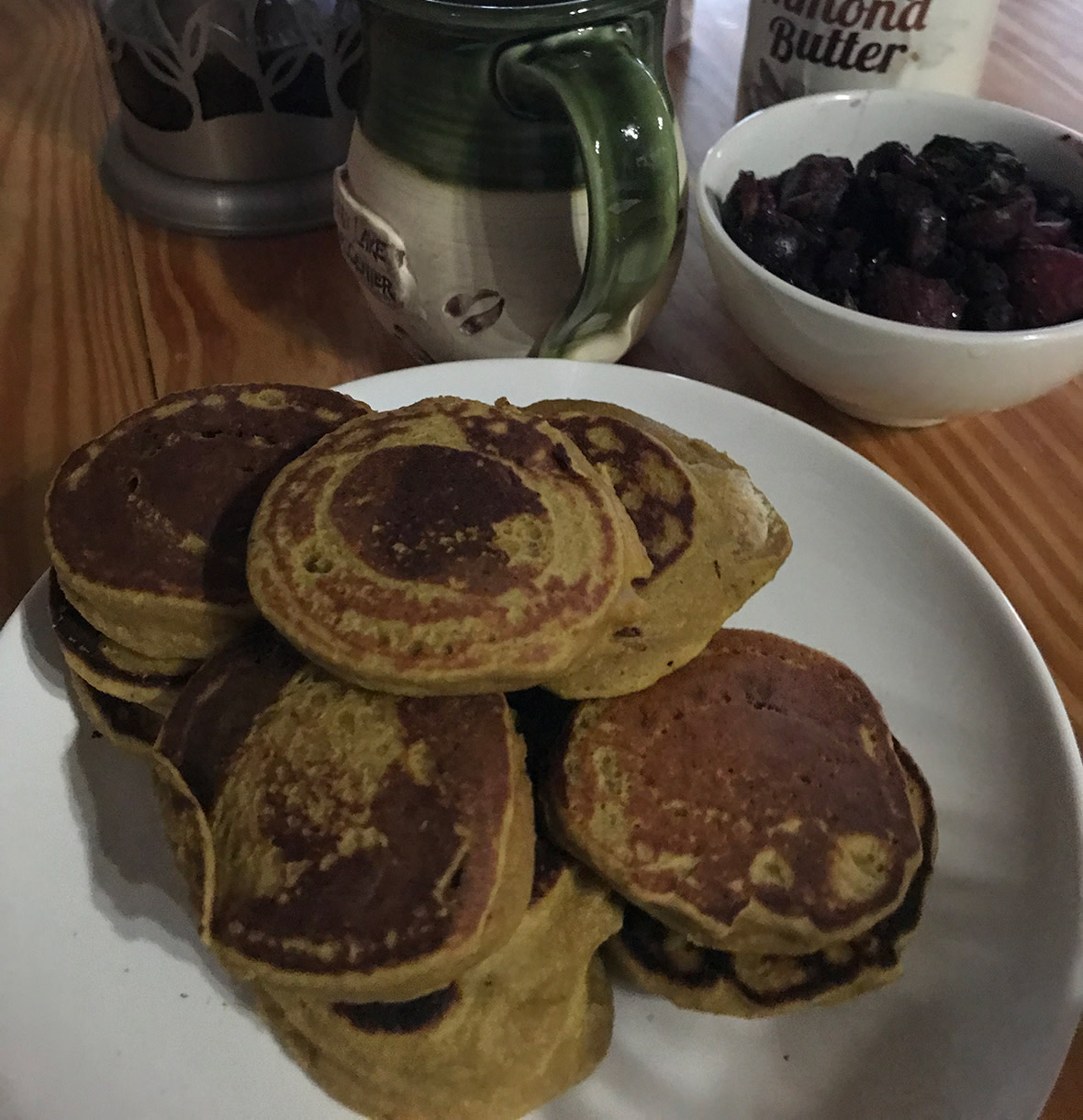 What kind of mental preparation goes into your training?

Marathon training means a lot of miles. And a lot of time. You do become pretty tired from it so, mentally, you have to learn how to run on tired legs. That’s a big thing. We usually train twice a day and, on the second run, you really feel it in your legs. It’s about trying to condition yourself to know how it will feel and how you can get through it.

You told us previously about your pancakes. Did you eat them before the race?

Yes, I did! In fact, I would say they were the reason for my success - never mind the training!

*You can see Margo's pancakes by scrolling through the gallery above.

What’s next for you?

I’m really excited because I feel like there’s a lot of room for improvement. When I finished, I still felt pretty strong. The next big thing for me will be the Olympic trials in January. It will be a case of working back from this date and figuring how to have the best race in January. Basically, I’ll be getting back to training. Maybe doing some half marathons to try and get that time down. Possibly another fall marathon too. We’ll see how it goes.

And, finally, did you enjoy the route? Was Zurich nice?

I loved it! The course was awesome. Running along the water was great and I felt like the scenery changed a lot. The race did a great job of setting everything up as well. 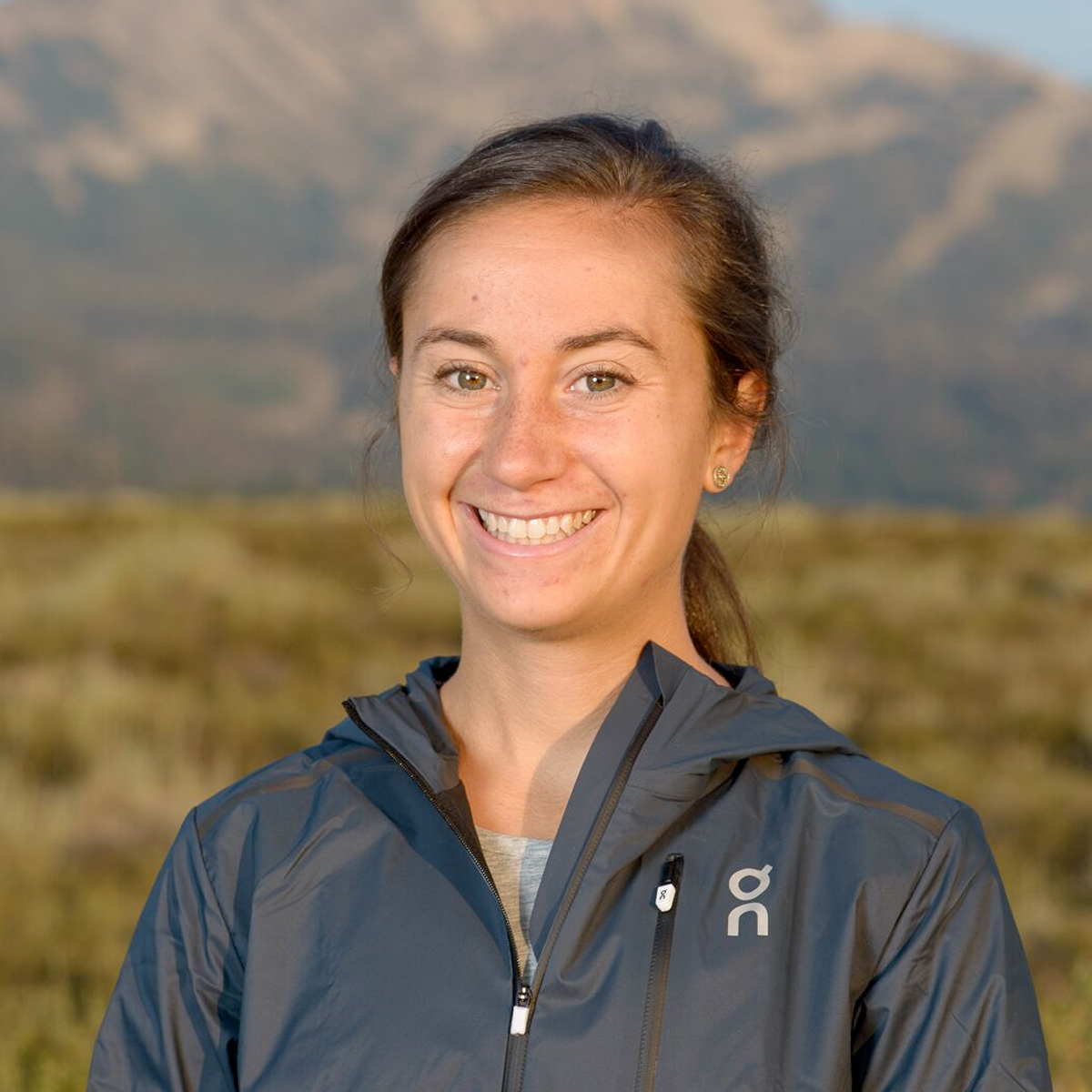 Margo Malone on having a running support network
For On athlete Margo Malone, the love of running began in fourth grade when she joined her school’s cross-country team and ran her entire first race with a smile across her face.
Read the story