The loudest cheer of the 2018 Ironman World Championships in Kona, Hawaii, was for 85-year-old Hiromu Inada. The retiree crossed the line on clouds to become the oldest finisher the event has ever seen.

Hiromu Inada is truly in a class of his own. As the only competitor in 85–89 year old age category, Inada, from Chiba prefecture, Japan, is now a reigning Ironman World Champion. The second-oldest competitor to finish the 2018 event is nine years younger at 76.

Inada was also recently part of the world’s longest relay run, organized by On to mark the launch of the Cloudace, the support shoe made for the most demanding runner. Having tested the shoe at the event, the Cloudace has become Inada’s choice for his long-distance challenges. Inada's training routes on the Kemigawa coast were also featured as part of On's Home Run Series.

After retiring at 60, Inada took up swimming to stay healthy. At 65 he was competing in aquathlon events (running and swimming), but didn’t take on his first first triathlon until he turned 70, increasing the distance over time. And now, even after conquering iron-distance at the top level, he has no intention of slowing down.

Speaking to the Japanese Government’s website, Inada said: “My goal is to continue participating in races and completing them within the time limit. My body is weakening with age, but that moment when I can feel all my training paying off is real. I try out things I see on TV and advice I receive immediately. By doing so, my times get better. And then I try something new again. It’s that repetition. I see the tricks I try out turn into real results, and it’s extremely fun.”

Inada also revealed that he still only takes two rest days a week, rising at 6:00 on training days and working until 4:00 p.m. But he always makes sure he’s in bed by 9:00 p.m.

“To continue, I have to keep all my thoughts focused on the triathlon—what I should eat, what my daily rhythm should be. I’ve lived to my eighties and I’ve never felt so fulfilled.”

“I’m too busy to have time to take it easy… I think of now as my youth.” 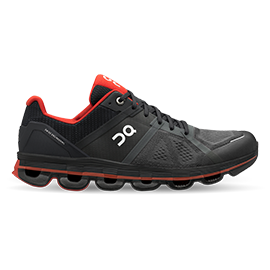