The fastest Kona ever

New records, big debuts and even bigger comebacks. On athletes were out in full force for the 2018 iron-distance triathlon World Championships in Kona, Hawaii.

History was made at the 2018 edition of the Ironman World Championships in Kona, Hawaii. The race was the fastest in the event’s history, after the previously unassailable eight-hour mark was broken in the men’s competition for the first time.

On athlete Bart Aernouts blazed to a second place finish and in the process became only the second man ever to break eight hours at the event. The Belgian’s feat is even more impressive considering he came out of the water after the 2.4-mile (3.86 km) swim in 40th place. 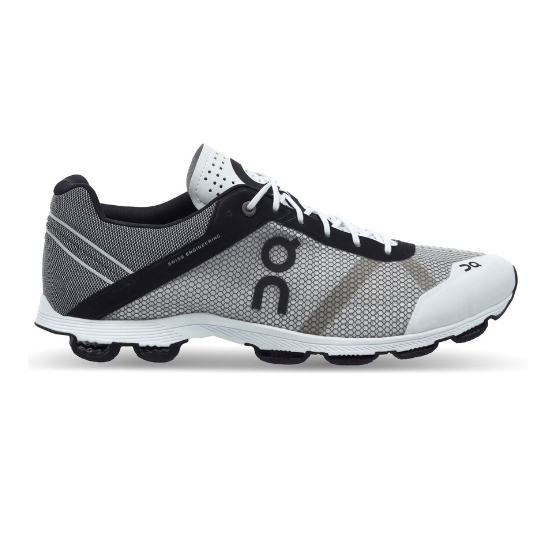 The Cloudrush
Bart Aernout’s shoe for chasing down a podium place.
See the shoe

Having conquered almost every other challenge in triathlon, Javi Gomez was bidding for a world title at full Iron distance for the first time. The Spanish star crossed the line in 11th place with a time of 08:11:41, a big achievement for a Big Island debut. But this race was always about gaining the knowledge needed for the next assault on the title.

“It was a good racing experience,” Javi explained. “The outcome wasn’t as good as I would have liked, but it was an overall learning experience which I hope will help in the years to come.

“I expected a tough race and that’s what it was. Although you can’t really imagine how it feels until you actually feel it. The heat is brutal when you are out on the run.

“I learned about what I need in training, about nutrition, about how you can’t get overheated too early, the dynamics of the race... many things, actually.

“Now I’ll get back home, recover, plan my next challenges and try to figure out how to succeed at them.”

Get exclusive content on how Javi prepared for stepping into the unknown over full Iron distance at on-running.com/intotheunknown.

From halo to hero

There was perhaps no one happier to cross the the finish line in Kona than Tim Don. It was just days before the same event a year ago where Tim was a title favourite, that he was knocked off his bike. The collision left him with a broken neck and an uncertain future. After three months in a painful medical halo, the long road to recovery began. Back then, a return to Kona in 2018 seemed almost impossible. But Tim Don doesn’t take no for an answer.

Tim finished in 36th place in Kona with a time of 8:45:17. However, crossing the finish line was about so much more than the result.

“Arriving back in Hawaii was a fantastic experience, to know we had made it,” Tim said. “And when in Hawaii you can't help but smile. The energy in Kona week is just electric and awesome like no other race in the world.

“On the start line I was just thinking let’s get it started, put all the hard work and suffering into a race I can be proud of and get to the finish line with a smile on my face."

“Crossing the finish line was just amazing, and having Kelly [Tim’s wife] and Matilda [Tim’s daughter] there as well made my day. Ironman is about the journey as well as the finish and they have been though it all with me over the last 12 months, so that was a special moment and will live with me forever.

“I always have goals and ultimately it's to get back to Kona 2019, but with a full winter training in me and not two extra Ironman [qualifying races] in my legs. But first things first, I feel like I have been non-stop for 24 months so I’m taking the best part of a month off to relax and spend some time with my family. Then we go to work over the winter.”

Congratulations to the all the On athletes that conquered Kona on clouds:

Level up your run