On ambassador wins Badwater ultra on clouds – then proposes

It was a very happy ending at the 2019 Badwater 135 ultramarathon for On ambassador Yoshihiko Ishikawa. After winning the race, the Japanese endurance runner dropped to one knee – to propose. Spoiler alert: She said yes.

The Badwater 135 race starts at Badwater in Death Valley, California – the lowest point in North America at 85m below sea level – and takes runners up to 2,548m (8340 feet) on Mount Whitney. Then there’s the heat. The temperatures in the race can reach over 50°C (130°F). They don’t call it “the world’s toughest” for nothing. The average finish time is 40 hours.

As if all that weren’t enough, on top of the pressure to put on a winning performance, Yoshihiko had something else on his mind – a proposal. As the race went to plan with the win, he got down on one knee at the finish line and, a little wobbly from the fatigue, proposed to his girlfriend. Badwater 135 reduces many runners to weep, but not usually tears of joy. As the pair embraced, there was not a dry eye on the mountain.

We caught up with Yoshihiko after the race to find out more about his unforgettable day.

Yoshihiko, how did you train for the“toughest race in the world?

I ran 100 km every Sunday for two months. It is training that has a strong meaning of mental reinforcement. My total weekly training volume is usually about 200 km.

What was going through your mind on the start line? Did you set out with the goal to win the race?

What was the toughest part of this super-tough race?

Mount Whitney.  The last 20km ascent to the 2500m mark puts a lot of stress on a body that’s already run over 200 km, and it was painful.

In heat like that, hydration is key – how did you manage to take on enough fluids?

Water is supplied once per mile (1.6 km). I put cold water on my feet and body each time to cool down. As it was the first race where I used so much water and ice, I felt that I was exposed to the unique requirements of Badwater. 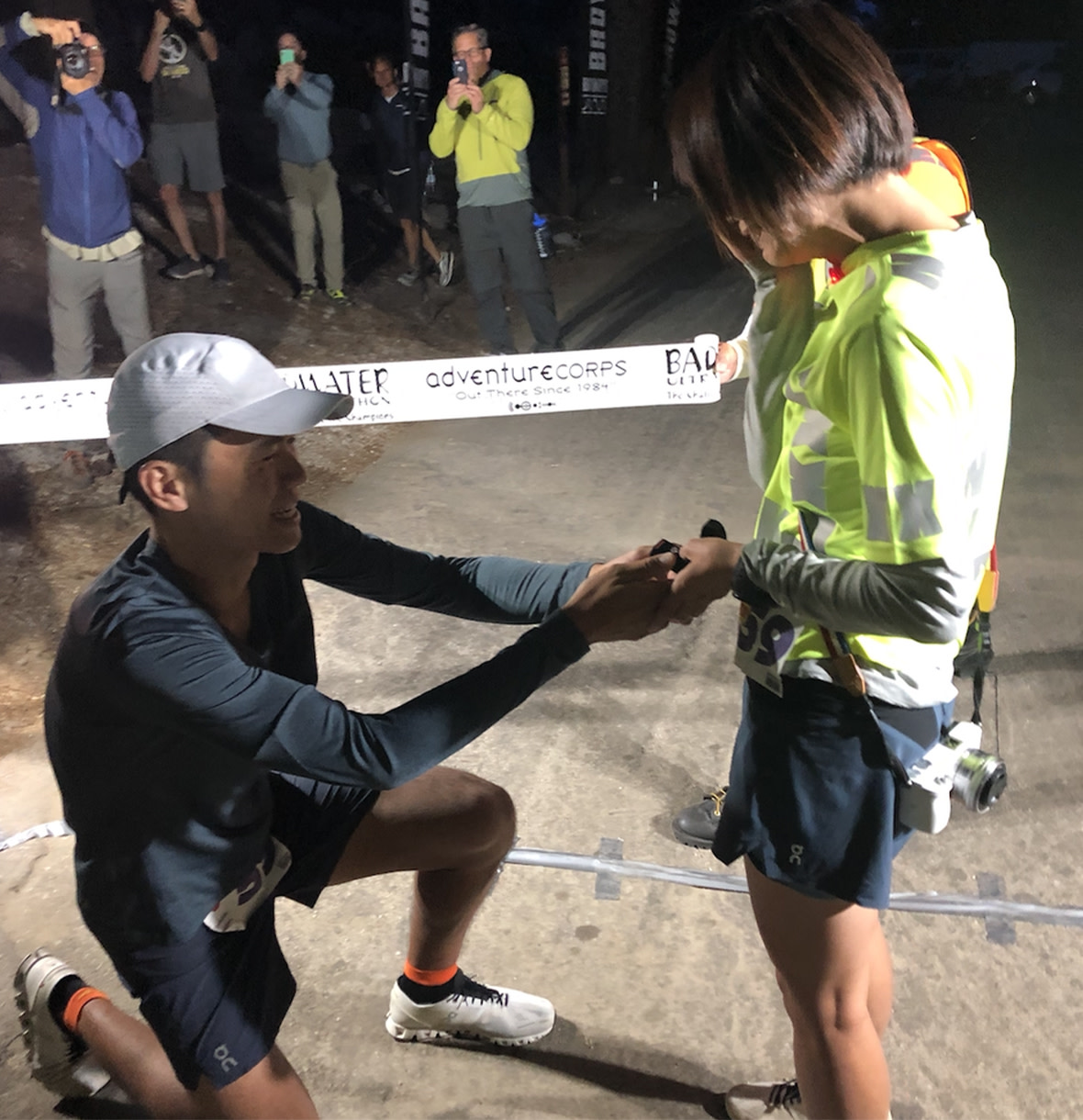 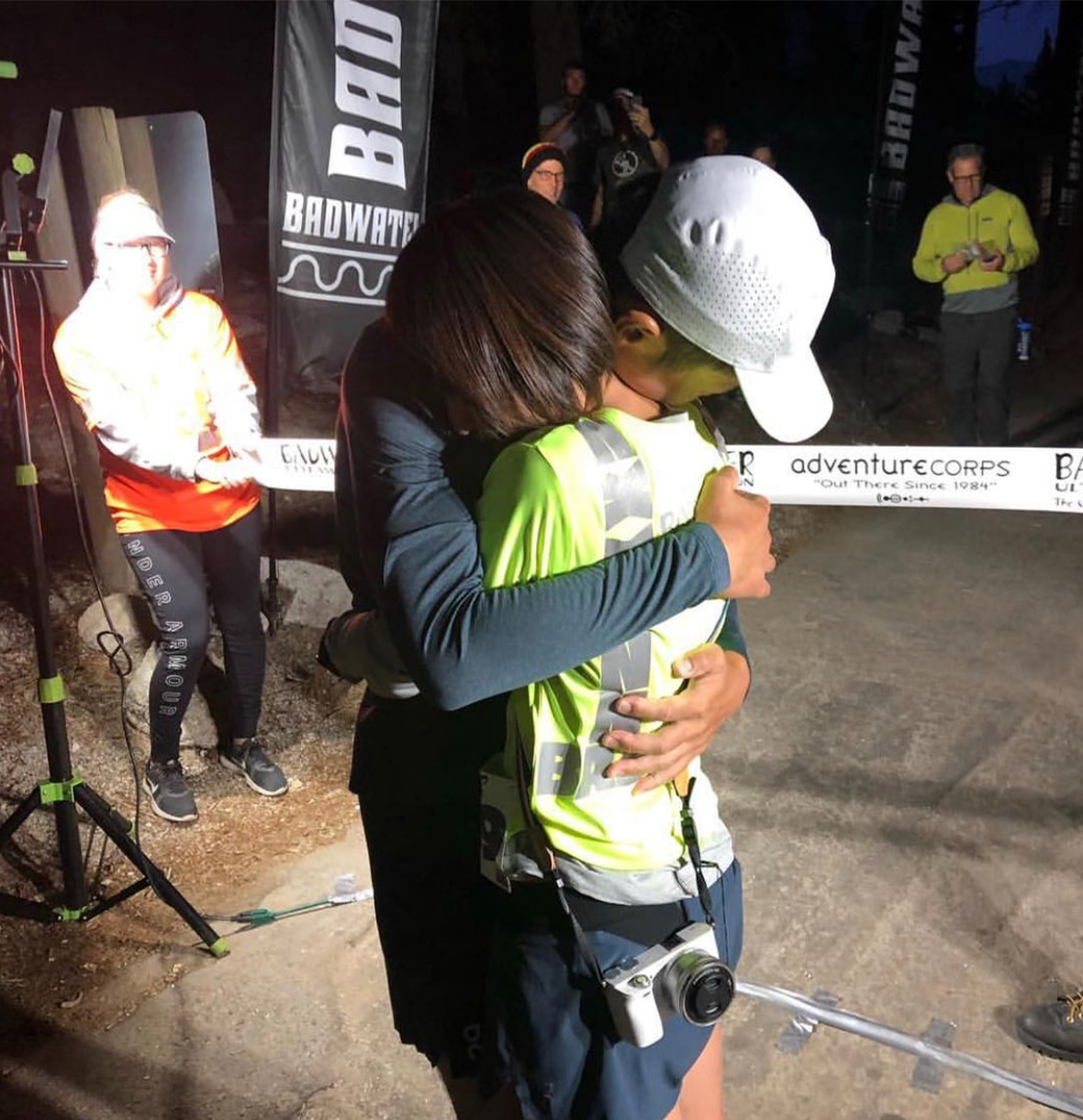 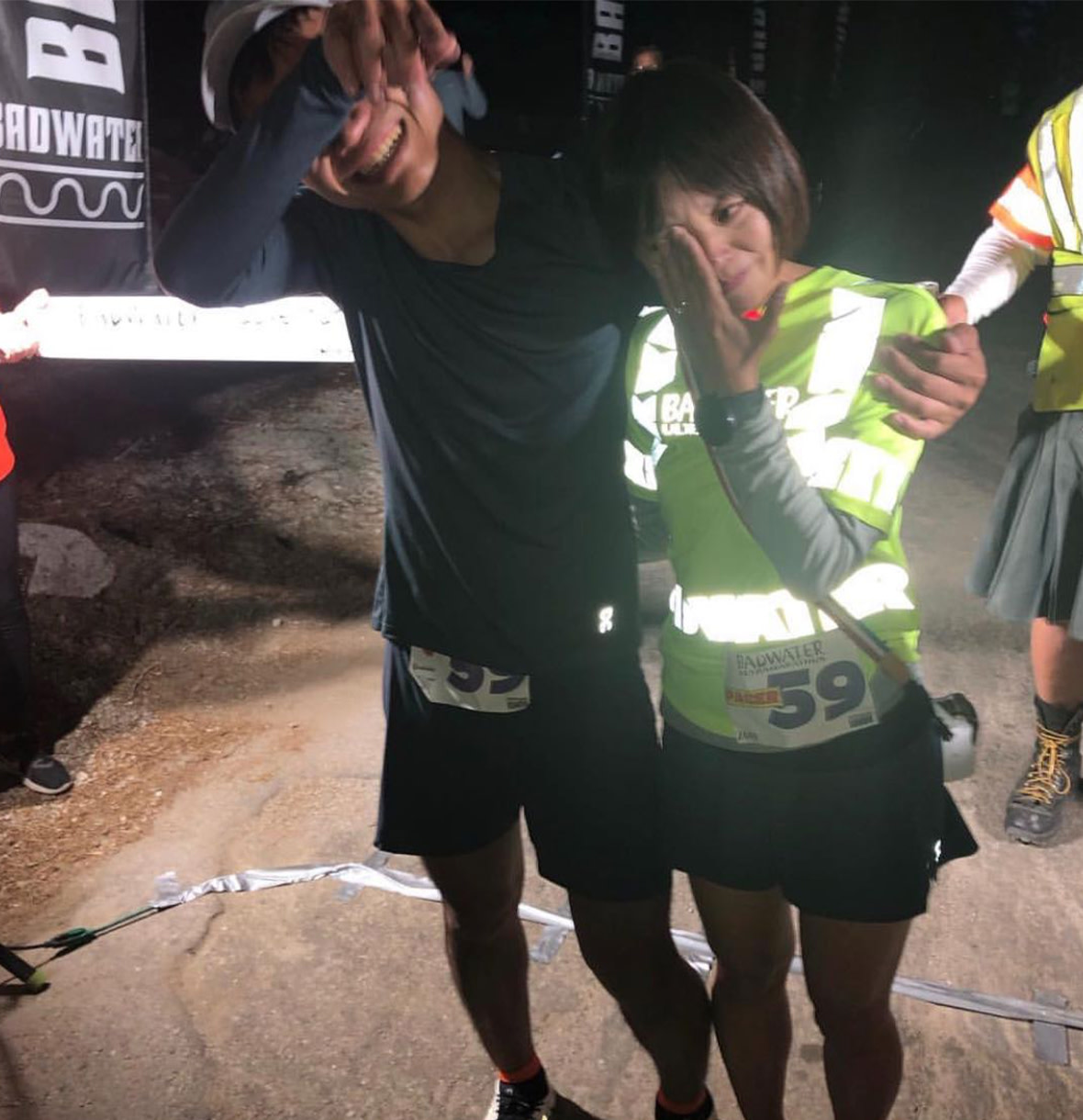 Congratulations on your engagement! Was the proposal at the finish line always your plan?

Yes, it was decided before the race. The goal was to win the toughest race in the world and to do a successful proposal!

Was the proposal on your mind during the race? Were you nervous about it?

I wasn’t thinking about it a lot, but there is no doubt that I am able to feel supported in my heart – even in difficult situations. I was nervous, but the Americans around us were excited and the atmosphere was great!

But where did you keep your engagement ring hidden while racing?

We asked the two guys in the support crews to give the ring to me right after the finish. They managed the timing perfectly!

What an unforgettable day – how did you celebrate your race victory and engagement double-header?

Both of us were tired so we had a lie down on the bed! I’ve never experienced anything like an engagement before and I feel that the relationship between the two of us is now even more special.

You are known as“the man who never gets tired”, but will you take some time now to recover?

There will never be a complete rest. That is the nature of an ultramarathon – to compete in running without taking a rest. But first of all, I will rejuvenate with treatments and training other than running to balance my body.

Have you decided on your next race already?

Not yet! We will take time to make the plans together.

Yoshihiko’s shoe: The Cloud X
“The lightweight Cloud X allowed a quick cadence over the ups and downs of the Badwater course and helped me keep and efficient running motion throughout.”
See the shoe 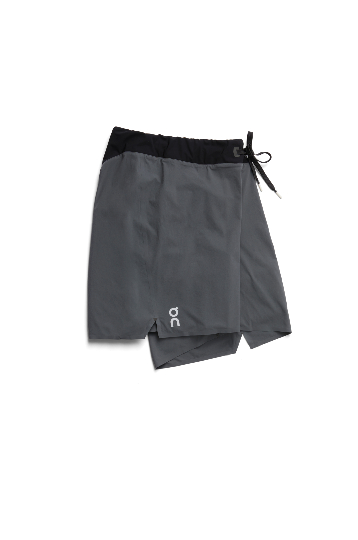 On Performance Apparel
Yoshihiko’s kit choice for keeping cool, even in the heat of Death Valley. “The Performance-T, as well as the Lightweight Shorts and Cap, were light and comfortable against the skin in a hot, uncomfortable environment.”
See apparel