Rachel Cliff is one of Canada’s most talented and exciting elite-distance athletes. The Vancouver-native is as quick in the mind as she is on her feet; completing a master’s degree in 2016 before fully committing to running. A competitor in the 2017 IAAF World Championships’ 10,000-meter run, Rachel currently has her sights set on the Olympic Games. 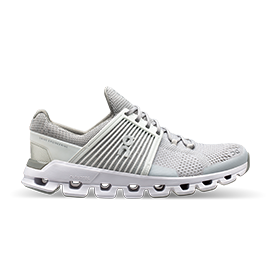 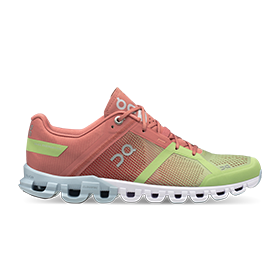 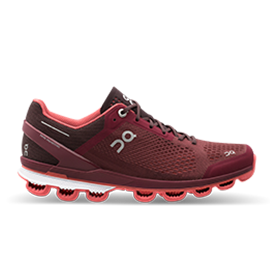 Racing is what Rachel Cliff lives for. But when there are no races on the agenda, Rachel has to adapt. In the film above, Rachel reveals how she adapts her training in uncertain times and how it has help rediscover the benefits of running outside of elite training and competition. But that competitive spirit still burns strong. Whenever racing returns, Rachel Cliff will be ready.

The Olympic standard is a dream for many runners, but an achievement reserved for only the world’s very best. The highest of standards. So for an athlete to reach it, and then be told that it still isn’t enough, is having a dream wrenched away. That’s exactly what happened to Rachel Cliff ahead of the Rio 2016 Games.

Then a track specialist, Rachel achieved the qualifying standard in the 5,000m, running 15:23:94 – under the 15:24 requirement set by Athletics Canada. When the Canadian roster for Rio was announced, Cliff expected to see her name. But it wasn’t there. Athletics Canada had opted to take just two of the qualifier. Rachel wasn’t one of them.

Most athletes would be floored by such a revelation, but Rachel isn’t most athletes. While it was a crushing blow, she resolved it wouldn’t stop what had been strong progress building to that point.

Running the Olympic qualifying time in 2016, despite everything that happened after, is still one of the highlights of my athletic career.” Rachel said.

“After the dust settled and all that stuff happened, I really made sure that I kept a sense of accomplishment because it was really high pressure situation to pull off the standard. And I never actually believed that I could manage that pressure like that.

“Yet I’m still so impressed that I pulled it off. With the amount of mental preparation that went into it, and the number of times that I missed it on the way, I'm still really proud of the achievement.”

While for others the Olympics might be an almost surreal goal, to Rachel it is something very tangible. Her aunt had won a silver medal in the pool at the 1972 Games in Munich and, while it wouldn’t be easy, she would be going to Rio anyway to support her husband, Steeplechaser Chris Winter, who had been selected. Instead of allowing such relationships to pile on further pressure and disappointment, Rachel used them to get through that difficult time.

“I could go down a dark path and talk about all the negatives, but one of the biggest silver linings was that I got to see how amazing people can be when you go  through a tough time. You learn a lot about people and there were some people who I didn't know well who were just there for me and said all the right things.

“I’d never been in a situation where I really needed a support team behind me, and something I took from this is that hope I can offer the same to someone.”

In the end, 2016 became a pivotal year for Rachel. Once the initial disappointment had subsided, the focus quickly turned to Tokyo 2020.

“I remember getting back from Rio, and just being so excited because I knew exactly what the next four years of my life would look like,” Rachel recalls.

Since 2016, Rachel’s rapid progress has continued. In 2018 she qualified for the Commonwealth Games, finishing ninth in the 10,000m. Work on the track continued to deliver progress, but Rachel’s coach felt Rachel could push the distance. It started with half marathons, before progressing to the marathon distance.

“To have this whole new race in the system, I think was a huge motivator,” Rachel said. “Rich (Rachel’s coach) and I had been talking about me doing the marathon for a little bit, and so to step things up was really exciting.”

It turned out to be a good call. In only her second marathon, a women’s race in Nagoya, Japan, Rachel ran a 2:26:56 to smash the Canadian marathon record. In doing so, Rachel looks set to have found a discipline that will see her secure a place on the plane to Tokyo for the 2020 Olympics.

And she says there’s more to come, admitting “I think I have a lot more potential in the marathon.”

For more on Rachel’s story, watch the short film‘High Standards’, above – the first in a series of On productions offering exclusive insight into the stories of On athletes. In the lead-up to 2020, follow Rachel’s journey here at on-running.com.

How did you start running? Initially, it was simply because my parents insisted I do a sport each term in school and I was too uncoordinated for most of the team sports! Although, I did play soccer as well. Pretty quickly though I fell in love with distance running - cross country, in particular, was my favorite sport and something I looked forward to each year. By the end of high school, I was selecting my university based on which schools had the best track and field programs.

Why do you run now? I like the challenge of pushing myself and constantly searching for new ways to improve. I continue partly because I believe I still have another gear to give. But I think most of it boils down to the fact that I’m still in love with the sport. Given I’ve been doing it at some capacity for the better part of the past 20 years, I think I’m fortunate to say that.

What was the most important race you’ve run to date? In June 2016, I ran the Olympic standard in the 5,000 meters. I only squeaked under by 0.06 seconds and, ultimately, was not selected for the team. But, for me, just running this time was a game changer. In doing so, I proved to myself that I could run at an international level - and that I could do so when it counted.

What is your pre-race ritual? Aside from the usual rest and recovery needed going into a race, I like to paint my nails the night before. I’ll also typically have a final snack of a banana and peanut butter sandwich, and a coffee about three hours before the start.

What is your go-to training meal? I’m a big fan of meals in a bowl – poke bowls, Buddha bowls – anything with an Asian fusion, lots of veggies and a spicy tahini dressing!

How do you recover after a tough run? Lying on my couch, watching the news and napping with the cat. It’s not exactly glamourous!

Who is your team? I benefit from an incredible support team (physio, massage therapist, sport physician etc.), but on a daily basis I train with the BC Endurance Project based in Vancouver BC. It’s a small group of awesome teammates led by coach Richard Lee.

Apart from endurance sports, what is your passion? I love learning and reading - especially anything science-related. I also love hiking, camping and just being outdoors.

What would you be doing if you weren’t a professional athlete? I have a master’s degree in public health, specializing in occupational and environmental hygiene. So, I’d probably be working in that field - and doing a bit more downhill skiing!

What does no one tell you about being a professional athlete? That it’s never going to follow the path you expect. Whether it be the adversity you face or the opportunities you get, it’s impossible to predict when either will happen – and that’s half the fun of it. It’s best to just focus on the part of the sport you can control and enjoy the journey - where ever it takes you.

What was the best piece of running advice you ever received? It sounds simple but to run as fast as you can while still being relaxed. Endurance racing is all about who still has energy in the last few kilometers.

What advice do you have for someone who wants to follow in your footsteps? Try to anticipate the challenges coming up to stay one step ahead of them. Find a team of people you believe in, then listen to them, listen to your body, and trust in the process.

Why On? I tried the Cloudsurfer and found it to be so soft and supportive but equally responsive and fast. It’s my go-to-shoe for a recovery after a hard workout. I love that On is a growing company with high quality standards and perfectionist values.

What’s your favorite item of On apparel and why? It’s a close call between the Long-T and the Weather Jacket. The Long-T is a shirt that can seriously be worn in any temperature – it keeps you warm in the cold but it’s so light that you hardly feel it when you warm up. But the Weather Jacket is great too – it’s the perfect running jacket for training here in rainy Vancouver.

The Cloudsurfer
The original On. Famous for how it feels, this training shoe with racing speed is one of the most fun shoes to run the road in.
See it here

Canadian marathon runner Rachel Cliff is like all record-setting athletes: She never stops trying to get better. In only her second marathon, the 30-year-old from Vancouver broke the Canadian record. On March 10, Cliff finished the Nagoya Women's Marathon in Japan in 2.26:56, shattering Lanni Marchant's 2013 standard of 2.28:00.