The On Athletics Club

Eight athletes, one goal: to shake up the world of competitive running. This is the On Athletics Club, our first-ever track team made up of elite runners from all over the globe. 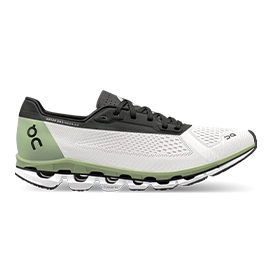 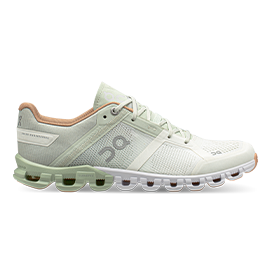 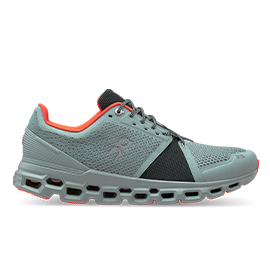 The On Athletics Club is here.

We’ve been scouring the globe to recruit the best and brightest talent around, and we’re ready to use all of our know-how to do all we can to help our diverse group of talented runners in their quest to become champions.

Getting us off to a flying start are eight founding member athletes with world class national and international track records in long and middle distance running – including some of the top ranked amateur athletes from the NCAA.

The OAC will be based at a full-time training facility located in Boulder, Colorado and led by three-time US Olympian and running legend Dathan Ritzenhein, who has high hopes for his young team.

The Man in Charge
Dathan Ritzenhein is something of an American running legend. He won the prestigious Footlocker Cross Country Championships as a junior and won the NCAA Cross Country title for the University of Colorado. A three-time Olympian and five-time National Champion, he also ran an American record in the 5000m. Having recently retired from competition, he's been working on building his coaching portfolio – making him the perfect man to lead our exciting new team.

Scroll down for a look at our all-star team, and find out from Coach Ritz himself why he recruited our eight founding athletes for the OAC.

Joe Klecker
A bona fide all-American athlete and the first signing for the OAC, Joe ran track and field during his time at the University of Colorado. PAC-12 Champion. 9 x All-American. 2 x NCAA Runner-Up.
Find out more

"I wanted Joe on the team because he is an example of determination and hard work. He has a burning sense of confidence that lets you know nothing will stand in his way."

"Alicia has the potential to be one of the greats in distance running. She has the calmness it takes to navigate the highs and lows of professional distance running, but the intrinsic fire needed to be a champion."

Carlos Villarreal
Originally from Mexico, Carlos moved with his family to the US at seven, where he discovered his passion for running and his furious finishing kick on the race track. 1500m Gold Medalist at the 2019 Pan American Games. U-23 Mexican National Record Holder in the 1500m. 8th Mexican in history to run under the 4-minute mile.
Find out more

"Carlos is a closer. If he is in the race when the kicking starts he has one of the best finishing gears I’ve seen. He also brings a sense of humor to the team which helps everyone get through the daily grind and enjoy the process."

"Alicja has an energy that is infectious combined with a competitive instinct. She qualified for the World Championships in her first year as a professional, but I’m excited to see how high she can soar now that she is surrounded by an incredible training group."

Oliver “Olli” Hoare
Olli started out his sporting career as a competitive swimmer. Soon realizing he was more suited for the track, he switched discipline and landed a spot on the track team for the University of Wisconsin. 2018 1500m NCAA Champion. 8 x All-American. 9 x Big Ten Champion.
Find out more

"Olli is the perfect combination of speed and strength. He brings together the speed of an 800m runner with the strength of a 10k runner. While he does add comedy to the team, when it’s time to work he is all business."

"Leah was someone I wanted to bring with me to the OAC because we are just getting started with her. She has world class talent and I’ve watched her fight back through physical and emotional pain. Like a phoenix, she rises from the ashes each time."

"Geordie is someone who will make you think outside the box. I see something special in him. He has the engine of a formula one car and with some fine tuning, he’ll be able to handle the training load. The sky is the limit for him."

Emily Oren
Emily was the girl in high school who hated to run, but thanks to some great coaches and mentors, she found her passion for the sport. 9 x NCAA D2 Champion. 3000m Steeplechase in 9:40.65. Honda Woman’s Collegiate Sports Award Recipient.
Find out more

"Emily is a steeplechase specialist but she can train hard with anyone from 1500m to the marathon. She has strength and speed and is an incredible teammate, helping to elevate the other women daily in training."

We couldn't be more excited to support this team on their journey to becoming champions. Be sure to follow us on our social media channels and check back here for all the latest updates on the team.

More stats and facts about the team available over at FloTrack.

Weather Jacket
The team’s jacket on and off the track. High tech, low weight.
See it here
Running Pants
All conditions, all climates. These pants are built to adapt.
See it here

The On Athletics Club's top stories